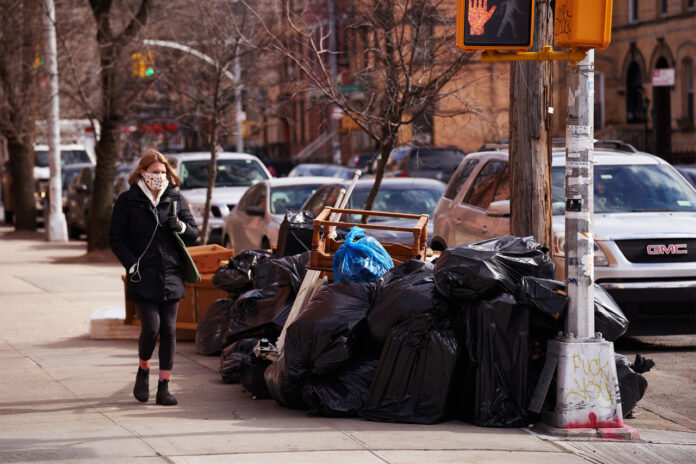 New York Post: “No man’s life, liberty or property are safe while the Legislature is in session.”

There is a way that seems right to a man,
But its end is the way of death.

That’s how Gideon Tucker put it back in 1866, a New Yorker who knew Albany as a former legislator, secretary of state and judge.

His wisdom, as demonstrated repeatedly over the ages, is timeless.

Yet there is something different, and especially troubling, about this time. The possibility of permanent decline and the ultimate destruction of the New York we know is unmatched in modern memory.

With Republicans reduced to hecklers, Albany Democrats, oblivious or reckless or both, are marching toward the cliff in an Alfred E. Neuman, What, Me Worry? way. The rising chorus of “Stop!” goes unheeded.

Washington is sending train loads of money to blue states to bail out their high tax, high spend habits. As longtime government guru Dick Ravitch writes in a Wall Street Journal op-ed, “Congress has been generous, allocating more than $12 billion to New York state, $6 billion to the city, $6 billion to the Metropolitan Transportation Authority, and $9 billion to the state’s schools.” Read More