Home anti-Semitism The last known Jew in Afghanistan is leaving 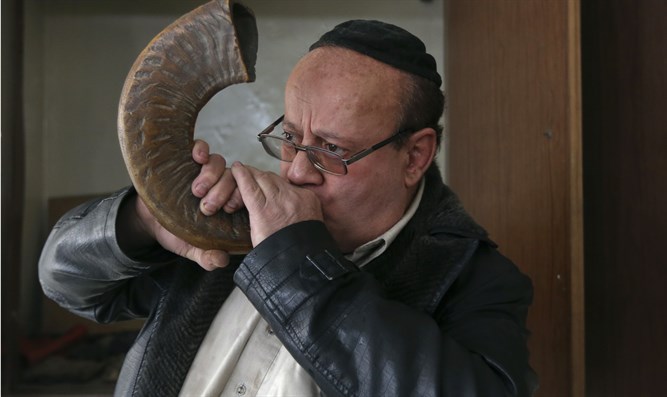 Arutz Sheva: The man who has been known as the last Jew in Afghanistan for well over a decade is leaving for Israel, fearing that the U.S. military’s promise to leave the country will leave a vacuum to be filled with radical groups such as the Taliban.

“I will watch on TV in Israel to find out what will happen in Afghanistan,” Zabulon Simantov told Arab News on Sunday.

Simantov, 61, said he will leave after this year’s High Holidays season in the fall.

His wife, a Jew from Tajikistan, and their two daughters have lived in Israel since 1998. But Simantov has stayed in his native Afghanistan to tend to its lone synagogue, located in the capital Kabul, through decades of violence and political turmoil, including a period of Taliban rule and the country’s war with the U.S.

“I managed to protect the synagogue of Kabul like a lion of Jews here,” he said to Arab  News. Read More …

Opinion: Imagine when the headline reads

“ Then they will know that I am the Lord their God, for though I sent them into exile among the nations, I will gather them to their own land, not leaving any behind.” Ezekiel 39:28

The scene is the end of the battle of Gog and Magog. The armies of Russia, Turkey and North African allies Ethiopia, Sudan, Somalia and Libya lie in ruins:

Then I will strike your bow from your left hand and make your arrows drop from your right hand. 4 On the mountains of Israel you will fall, you and all your troops and the nations with you. I will give you as food to all kinds of carrion birds and to the wild animals. Ezekiel 39:4-5

God will use this war in miraculous ways:

The Jews will demand a temple for animal sacrifice to atone for their sins and a powerful world leader, a counterfeit messiah, described in Revelation 6:1-2 will grant their wish –  setting the stage for the final war of Armageddon.