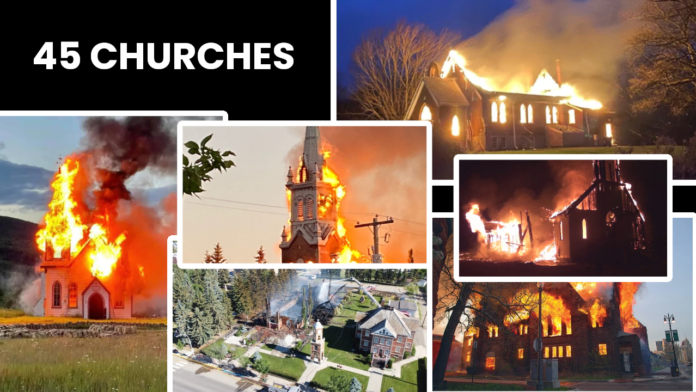 The Counter Signal: Terrorists are attacking and burning down churches across Canada with impunity.

It’s a reality most Canadians only thought possible for Middle Eastern countries like Syria, where ISIS has bombarded and razed dozens of Christian heritage sites in the name of Islam.

“This know also, that in the last days perilous times shall come.” 2 Timothy 3:1 KJV

Now, after nearly six years of Liberals calling Canadians racist and fanning the flames of hatred, hate crimes are becoming commonplace against Christians in Canada. Things have gotten so bad that even our American neighbours are beginning to worry.

TERRORISM: “We are refugees. We escaped from Vietnam to come here to get more freedom, to live, and we think it was a good country – and now it happened to our church,” Pastor Nguyen said. “Maybe it is not safe to be here in Canada compared to Vietnam” https://t.co/WNkEQ2Dq6f pic.twitter.com/7qoMYGsonH