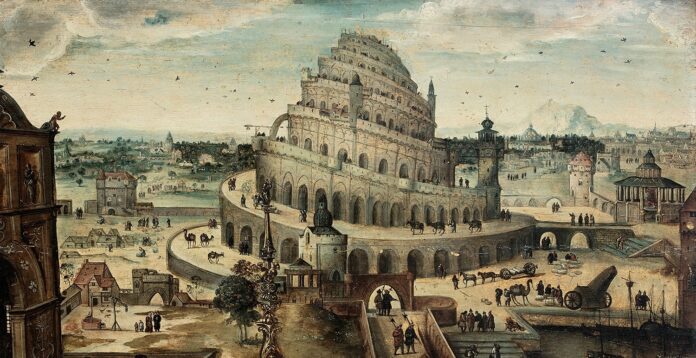 And they said, “Come, let us build us a city, and a tower with its top in the sky, to make a name for ourselves; else we shall be scattered all over the world.” Genesis 11:4 (The Israel BibleTM)

Israel 365: Amazon has just unveiled the plans for its new corporate headquarters that will stand in Arlington, Virginia, directly across the Potomac River from Washington DC. The announcement inaccurately describes the design as a “double helix” but scholars of ancient history and the Bible will readily recognize the ancient model for the design: the Tower of Babel.

Construction on their second corporate headquarters is expected to begin next year and when completed in 2025 at a cost of $2.5 billion. It will include 2.8 million square feet of new office space distributed across three 22-story buildings. The location is less than four miles from the Capitol Building. John Schoettler,  head of Amazon’s global corporate real estate portfolio, announced the second half of the project designed by architecture firm NBBJ. Read More