The assertion was made by Le Figaro senior international correspondent Georges Malbrunot.

Malbrunot said he had accompanied French volunteer fighters, two of whom had previously fought against ISIS.

“I had the surprise, and so did they, to discover that to be able to enter the Ukrainian army, well it’s the Americans who are in charge,” said Malbrunot.

“ And Jesus answered and said to them: “Take heed that no one deceives you.” Matthew 24:4

French reporter returning from Ukraine "Americans are directly in charge of the war on the ground." pic.twitter.com/m5yr7far6N

Adding that he and the volunteers “almost got arrested” by the Americans, who asserted they were in charge, the journalist then revealed that they were forced to sign a contract “until the end of the war.”

“And who is in charge? It’s the Americans, I saw it with my own eyes,” said Malbrunot, adding, “I thought I was with the international brigades, and I found myself facing the Pentagon.”

Malbrunot also mentioned America providing Ukraine with switchblade suicide drones, something highlighted by Defense Secretary Lloyd Austin in a tweet that revealed Ukrainian soldiers were being trained to use the devices in Biloxi, Mississippi. 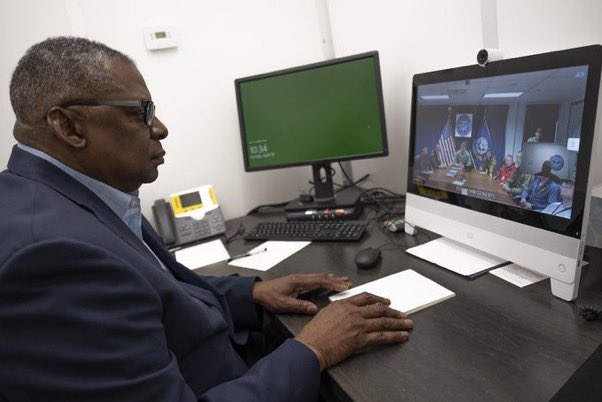