Assessment: After reassuring us that America should not worry about a nuclear attack, Joe Biden decided to gas up the nuke-resistant bomber. Nothing to see here, move along …

The U.S. Air Force’s nuclear-bomb-resistant “doomsday plane” took to the skies for a brief training mission Monday (Feb. 28), shortly after Russian President Vladimir Putin announced he would be putting his country’s nuclear forces on high alert, according to news reports.

“For nation will rise against nation, and kingdom against kingdom. And there will be famines, pestilences, and earthquakes in various places.” Matthew 24:7 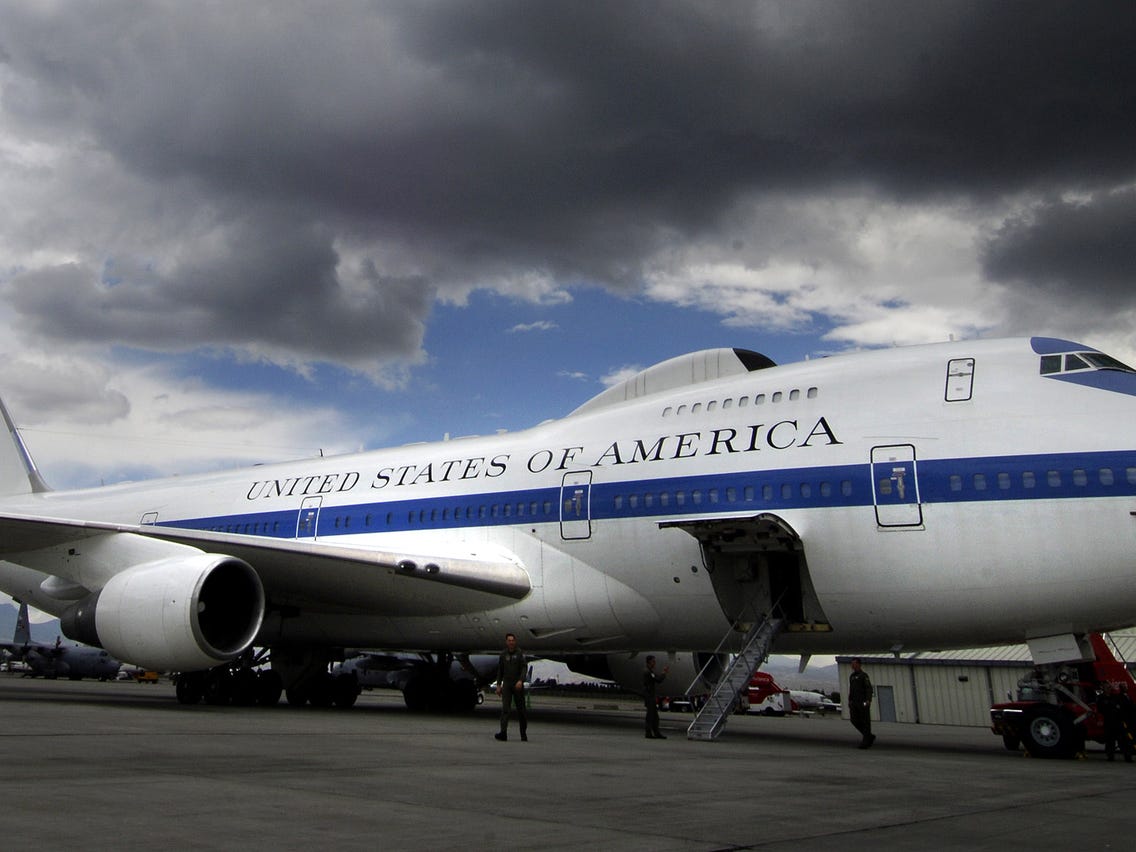 The doomsday plane — a modified Boeing 747 named  the Boeing E-4B — took off from a U.S. Air Force base in Nebraska, then completed a 4.5-hour flight toward Chicago and back before landing again, British news site iNews reported. During this brief sortie, the plane was reportedly accompanied by several early-warning jets used to track ballistic missiles.

The E-4B is part of a fleet of so-called Nightwatch aircraft maintained by the U.S. military since the 1970s. The plane’s purpose is to serve as a mobile command headquarters for top military personnel in the event of a nuclear war, Live Science previously reported, and the aircraft contains a few safety features you won’t likely see on a commercial 747.

For one, the $200 million plane is equipped with antiquated analog equipment, rather than modern digital equipment, to allow the plane to continue operating even when exposed to the electromagnetic pulse from a nuclear blast.