The Guardian: One of central Europe’s richest men will begin the tricky task of building a ruling coalition after convincing Czech voters in weekend elections that he can stem immigration, fight corruption and banish the establishment from power.

Andrej Babiš, a tycoon turned populist politician who has been compared to Donald Trump and Silvio Berlusconi, confirmed on Monday that the Czech president would ask him next week to begin forming the next government.

Babiš led his new party ANO – “ano” is Czech for “yes” – to a resounding poll victory, winning almost 30% of the vote. more

Opinion: Babiš, who has an estimated net worth of €3.5 billion (US $4.1 billion), is not only one of the country’s most successful businessmen, but is now the most powerful man in the Czech Republic government.

And he is in agreement with the recently elected 31-year-old Austrian president Sebastian Kurz in seeking radical change to the European Union.

We have written many times on the arrival of a strongman in Europe and now there are two in the eastern leg of Daniel’s statue:

Daniel 2:41-43 prophecies ancient Rome with two legs, Rome and Constantinople, with the feet made of clay and iron. What a perfect description unstable EU of today! Financially strong northern countries and the financially weak southern ones.

Daniel 7:24 prophesied that the revived Roman Empire would be split into 10 regions, each with a king or president. Of these 10 kings three will be weak opening door for an eleventh king, who would subdue 3 kings on his way to becoming a global dictator. 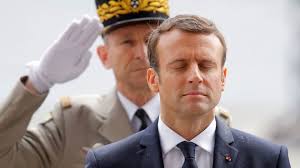 “I was considering the horns, and there was another horn, a little one, coming up among them, before whom three of the first horns were plucked out by the roots. And there, in this horn, were eyes like the eyes of a man, and a mouth speaking pompous words. Daniel 7:8