Several anti-Israel organizations, including some designated by Israel as terrorist organizations, joined to protest actions in the last few weeks by the security forces in the Jewish state in front of Israel’s consulate and Permanent Mission to the United Nations in Midtown Manhattan, calling for “resistance and liberation by any means necessary” on advertisements for the event.

“This statement is concerning, and we take it very seriously,” said Itay Milner, a spokesman at the consulate. “We witnessed in the past weeks how these kinds of statements incited violence in the Middle East. Now, some people want to bring the same violence here to New York City.”

“ …They may build, but I will throw down; They shall be called the Territory of Wickedness, And the people against whom the Lord will have indignation forever …” Malachi 1:4 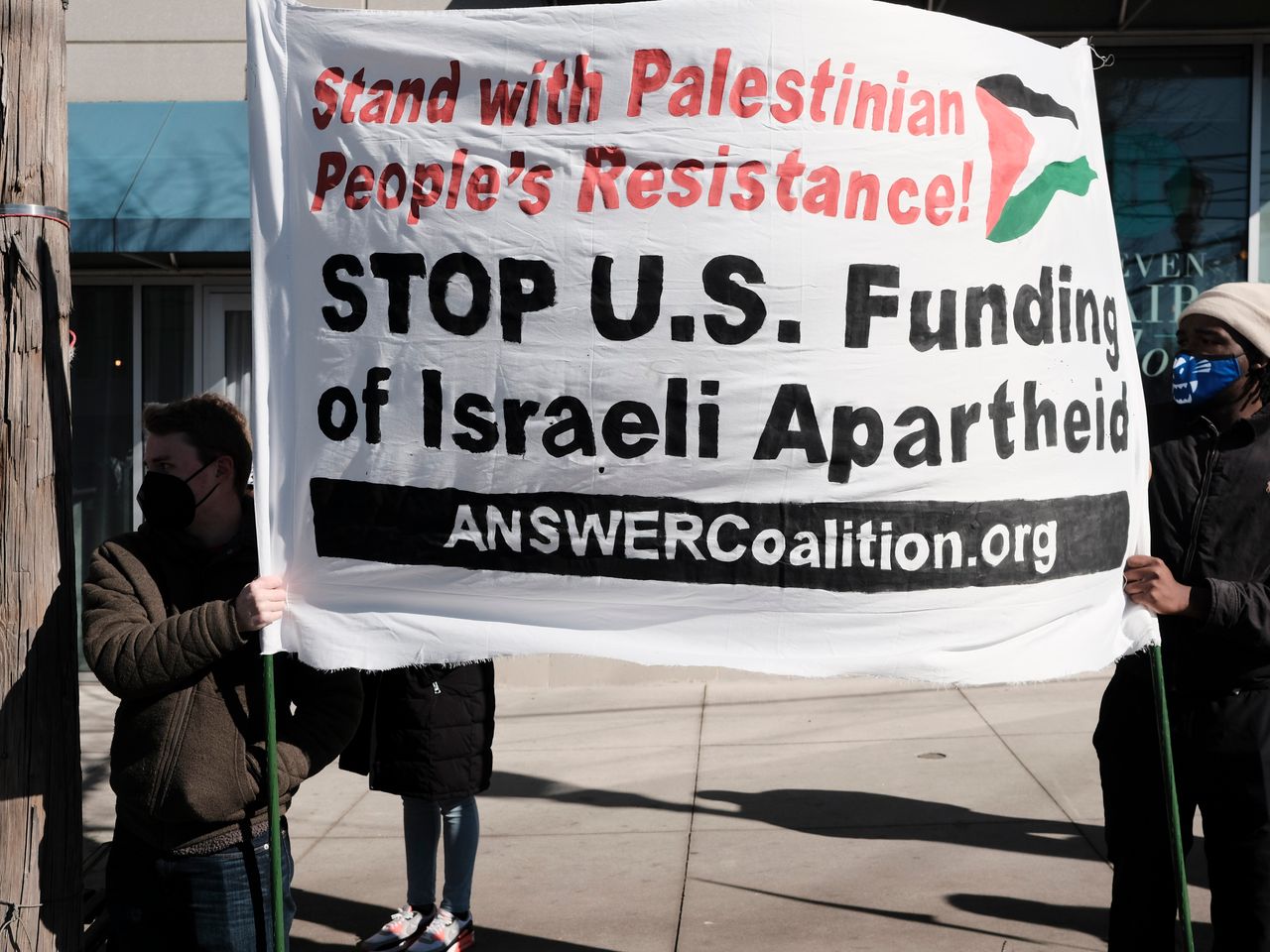 The rally started at 5 p.m.—a time when the consulate was closed and staff had been allowed to leave work early because of Passover—and continued into the evening.

Milner said the consulate took all necessary precautions, making sure that any employees left in the building were not in sight except for security.

At approximately 5:30 p.m., about 150 attendees stood outside the consulate, holding signs, waving flags, banging on drums and chanting: “From the river to the sea, Palestine will be free.” Many were from the outlier anti-Zionist haredi group Neturei Karta, according to Milner. Protesters could also be heard calling to “globalize the intifada.”

SANHEDRIN RULES: FORBIDDEN FOR ISRAEL TO SIGN WHO RESOLUTION