Home PT Global Economy Are We Staring At A Coming Systemic Breakdown & The End Of... 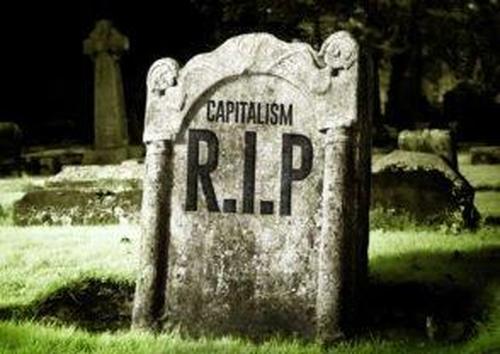 Zero Hedge: For any problems they face, governments all over the world are now conditioned to simply deficit spend or issue new $trillions in ‘thin air’ currency.

As governments continue to flood the world with debt-funded stimulus, they not only fan the flames under the social powderkeg of wealth inequality, but they are destroying their own powers in the process.

Up until the Great Financial Crisis, a dollar in new federal debt issued resulted in more than $1 in incremental GDP. But no longer: 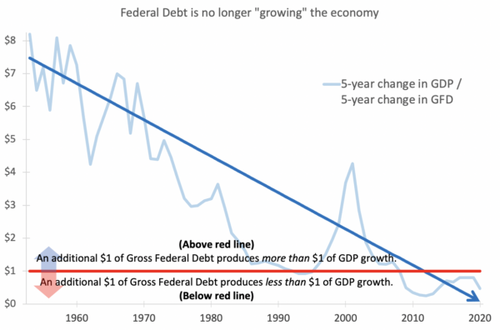 That indicates the government is now at the ‘pushing on a string’ phase: it can’t grow out of its problems. Issuing new debt only digs the insolvency hole deeper at this point…