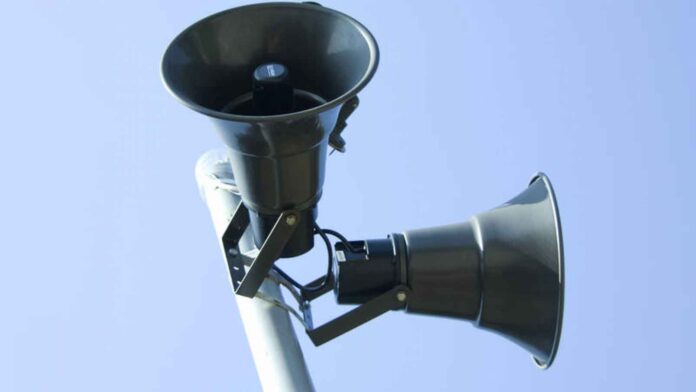 Front Page Mag: Global Village Space reported Wednesday that “in a first, BBC begins the broadcast of Muslim prayers on its network as mosques shut down across Britain, part of the extensive measures against coronavirus.” In today’s Britain, it is extraordinarily unlikely that the BBC will stop broadcasting the adhan, the Islamic call to prayer, once the coronavirus pandemic is over. A cultural line has been crossed. And the implications of this, beyond the expected hosannas from the usual proponents of globalism and multiculturalism, are ominous.

According to Global Village Space, “different imams lead the 5:50 am broadcasts every week on Friday from 14 local radio stations of BBC. The imam recites verses from the Holy Quran and quotes of Holy Prophet before delivering the sermon and leading the listeners in prayers. The program is titled, ‘Islamic Reflections’. The arrangements have been made to facilitate the Muslim community to the run-up to the month of Ramadan till the end of April.”

The BBC is no doubt thrilled to do this, as it demonstrates how “inclusive” the mega- network is, and how welcoming British society is. Read More …

Europe was once the epicenter of Catholicism.

The Roman Emperor Constantine officially adopted Christianity in AD 380. During the Early Middle Ages, most of Europe underwent Christianization, a process essentially complete with the Baltic Christianization in the 15th century.

Today Islam is the fastest growing religion in Europe.

And Europe, revived Rome (Daniel 7:23-24), is the epicenter of Muslim immigration. It is also the place where Daniel 9:26 says the prince who is to come, Antichrist, will hail from:

In 70 AD, the Roman Empire under Vespasian ordered his general Titus to completely destroy Jerusalem and the 2nd temple, fulfilling Jesus’ prophecy in Matthew 24:2.

“Do you not see all these things? Assuredly, I say to you, not one stone shall be left here upon another, that shall not be thrown down.”

Europe is ready for a new emperor.