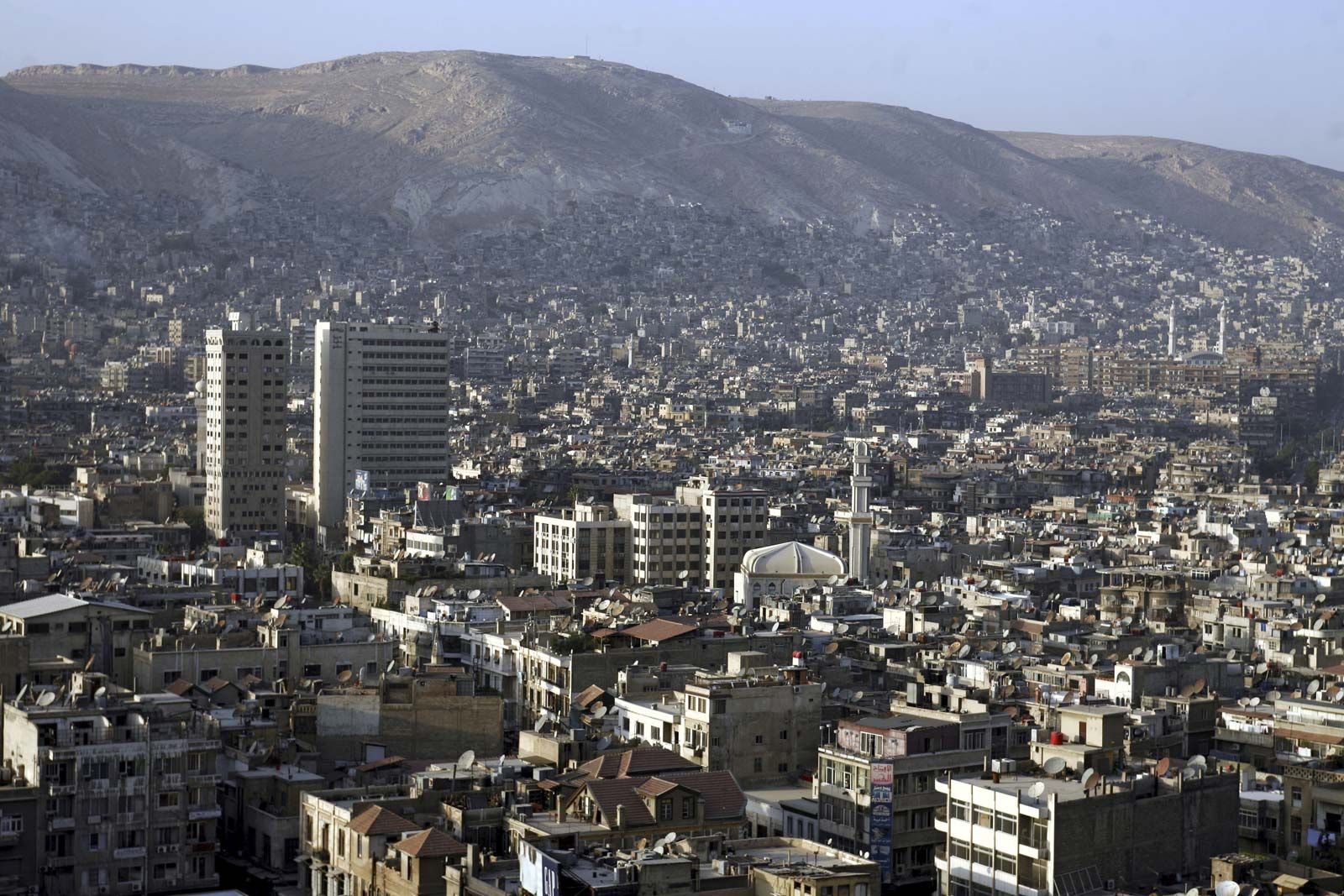 FACT: Damascus, the capital of Syria, is the oldest continuously inhabited city in the world, population approximately 1.7 million.

Syria is the state sponsor of the terror group Hezbollah.

They have said, “Come, and let us cut them off from being a nation, That the name of Israel may be remembered no more. With one mind they plot together; they form an alliance against you “ 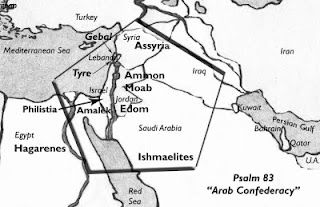 The Psalm 83 Alliance Today – Israel’s enemies have not changed:

The Great Debate: Is Psalm 83 a Lament or Hot War?

The evidence for lament:

The evidence for war: The first clue

Psalm 83:9-10  – the Lord will deliver the enemies in the same way He did when the Israelites were in the Exodus to the Promised Land; combat victories:

“Deal with them as with Midian, As with Sisera, As with Jabin at the Brook Kishon, Who perished at En Dor, Who became as refuse of the earth.”

“Jacob (Israel) will be a fire and Joseph a flame; Esau (descendants are Palestinians of today) will be stubble, and they will set him on fire and destroy him. There will be no survivors from Esau.” (Isaiah 63:1-3)

The War of Gog and Magog

There is agreement among Dispensational prophecy scholars:

Is the War of Gog and Magog Pre-Tribulation?

Ezek. 38:8 “After many days you will be visited. In the latter years you will come into the land of those brought back from the sword (Hebrew- charab/ synonymous with war) and gathered from many people on the mountains of Israel, which had long been desolate; they were brought out of the nations, and now all of them dwell safely.”

(Israel will be living in a false peace after Psalm 83)

Ezek. 38:11 “I will go to a peaceful people, who dwell safely, all of them dwelling without walls, and having neither bars nor gates to take plunder and to take booty.”

Where Are Britain and America?

Ezek. 38:13 “Sheba, Dedan, the merchants of Tarshish, and all their young lions will say to you, ‘Have you come to take plunder? Have you gathered your army to take booty, to carry away silver and gold, to take away livestock and goods, to take great plunder?”

Motive for attack: Great plunder, possible fulfillment of Genesis 49:25 “By the God of your father who will help you, And by the Almighty who will bless you With blessings of heaven above, Blessings of the deep that lies beneath, Blessings of the breasts and of the womb.”

Israel’s natural gas find is the most prominent field ever found in the sub-explored area of the Levantine Basin making Israel a net exporter of energy and threatening Russian dominance in supplying energy to Europe and Baltic states.

Deuteronomy 32:12-13 “The Lord alone led him; no foreign god was with him.  He made him ride on the heights of the land and fed him with the fruit of the fields. He nourished him with honey from the rock, and with oil from the flinty crag”

Israel’s oil find is in one of the most contested pieces of real estate in the world and is said to be 10 times the size of average finds.

Isaiah 45:3 “I will give you hidden treasures, riches stored in secret places, so that you may know that I am the LORD, the God of Israel, who summons you by name.”

Ezek. 38:18-23 “I will call for a sword against Gog throughout all My mountains,” says the Lord God. “Every man’s sword will be against his brother.  And I will bring him to judgment with pestilence and bloodshed; I will rain down on him, on his troops, and on the many peoples who ãsanctify Myself, and I will be known in the eyes of many nations. Then they shall know that I am the Lord.”

Is the War of Gog and Magog Nuclear?

Ezek. 39:22 “I will set My glory among the nations; all the nations shall see My judgment which I have executed, and My hand which I have laid on them. So the house of Israel shall know that I am the Lord their God from that day forward.”

(God, but not Jesus. Many will follow Antichrist until the mid-way point of the tribulation)

Isaiah 28:15 “We have entered into a covenant with death, with the realm of the dead we have made an agreement. When an overwhelming scourge sweeps by, it cannot touch us, for we have made a lie our refuge and falsehood our hiding place.”

Ezek. 39:28 “Then they shall know that I am the Lord their God, who sent them into captivity among the nations, but also brought them back to their land, and left none of them captive any longer.”