Armageddon: from the Hebrew har (mountain)+ megiddo, or “the mount of Megiddo”, transliterated to Greek, Harmagedōn.

From the 15-acre summit, there is a magnificent view of the valley, or ‘plain’, which spreads out and is also known as the “Jezreel” in the OT. 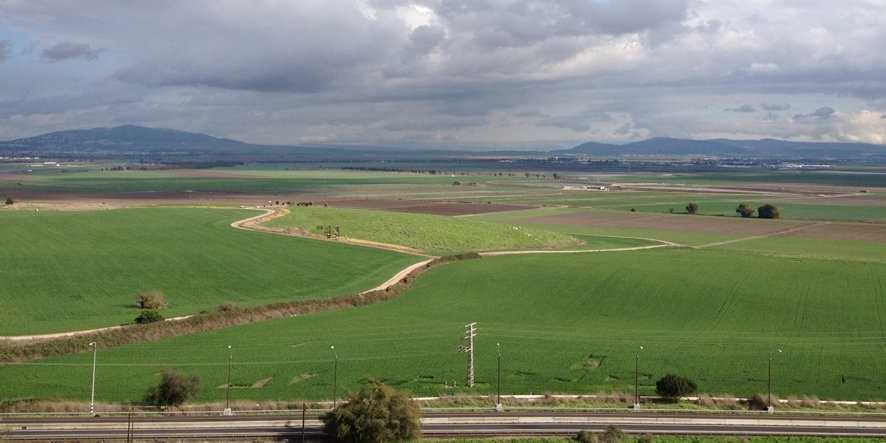 Mid-way point of the tribulation – Revelation 13:

“He (Antichrist) will confirm a covenant with many for one ‘seven’ (7 years). In the middle of the ‘seven’ he will put an end to sacrifice and offering. And at the temple he will set up an abomination that causes desolation, until the end that is decreed is poured out on him.”

“Therefore when you see the ‘abomination of desolation,’ spoken of by Daniel the prophet, standing in the holy place” (whoever reads, let him understand), “then let those who are in Judea flee to the mountains.”

“And they gathered them together to the place called in Hebrew, Armageddon.”

“At the time of the end the king of the South shall attack him; and the king of the North shall come against him like a whirlwind, with chariots, horsemen, and with many ships; and he shall enter the countries, overwhelm them, and pass through.”

This is the closing battle of the second 3½ years of the Tribulation leading to the return of Jesus Christ.

Antichrist moves his army to Jerusalem fulfilling Luke 21:20 “But when you see Jerusalem surrounded by armies, then know that its desolation is near.”

“He shall also enter the Glorious Land, and many countries shall be overthrown; but these shall escape from his hand: Edom, Moab, and the prominent people of Ammon.”

Edom, Moab and Ammon (Jordan) are protected from Antichrist because the chosen people are in that country.

“He shall stretch out his hand against the countries, and the land of Egypt shall not escape. He shall have power over the treasures of gold and silver, and over all the precious things of Egypt; also the Libyans and Ethiopians shall follow at his heels.”

Antichrist will first strike against Egypt and her allies Libya and Ethiopia, but God will save Egypt due her due to her national conversion (Isaiah 19:21).

“But news from the east and the north shall trouble him; therefore he shall go out with great fury to destroy and annihilate many.”

The kings of the East are coming (Revelation 16:12) to battle Christ. By this time in the great battle, the kings of the north and south will have been weakened and a 200-million-man army from the east (of Israel) will cross a dried-up Euphrates River to try to stop Christ on His return.

“And all Israel (the house of David) will be saved.“

“And he (Antichrist) shall plant the tents of his palace between the seas (Mediterranean) and the glorious holy mountain (Temple Mount); yet he shall come to his end, and no one will help him.”

It will be the bloodiest battle in history (Ps. 2:2-3; Zech. 14:3). The destruction resulting will be such that the blood of the armies will reach to the horses’ bridles for 200 miles.