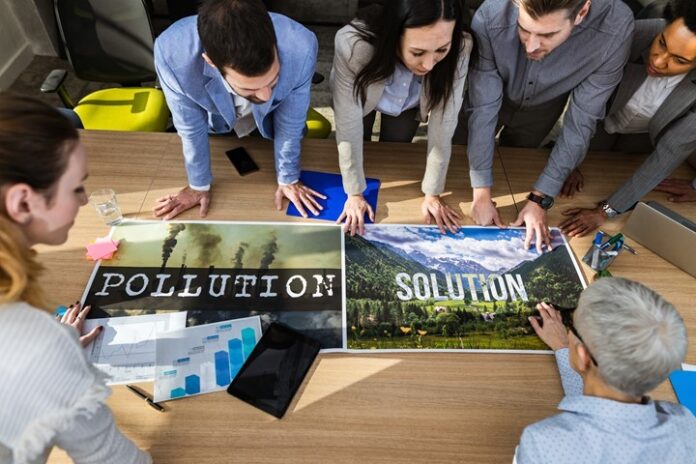 New American: The new alliance between Big Business and the Democrat Party has found another piece of common ground: Climate change.

Leaders at some of the country’s biggest corporations are eager to work with Joe Biden to tackle what they believe to be a coming man-made climate crisis. Companies such as Microsoft Corp., General Motors, Danone S.A., and Gap Inc. are spending millions of dollars on renewable energy.

“While the earth remains, seedtime and harvest, and cold and heat, and summer and winter, and day and night shall not cease.” Genesis 8:22

An article at Politico relates that many of these executives were disappointed in President Trump, when he pulled the United States out of the Paris Climate Agreement in 2017.

“Now, those business leaders have aligned with President Joe Biden, a Democrat, to push Congress to do its part. Executives who stepped into the vacuum left by government four years ago say they need standardized corporate risk disclosure, a modernized grid, carbon pricing, and money for technology,” Politico writes, going on to quote HP CEO Enrique Lores as saying:

“We can’t do it alone. There is a limit to how far private industry can take this.”  Read More

Most Are Unprepared For The Coming Persistent Inflation Shock

Here Are The Companies Hiking Prices In Response To Soaring Inflation

Stocks Extend Losses After Yellen Says “Rates Will Have To Rise”