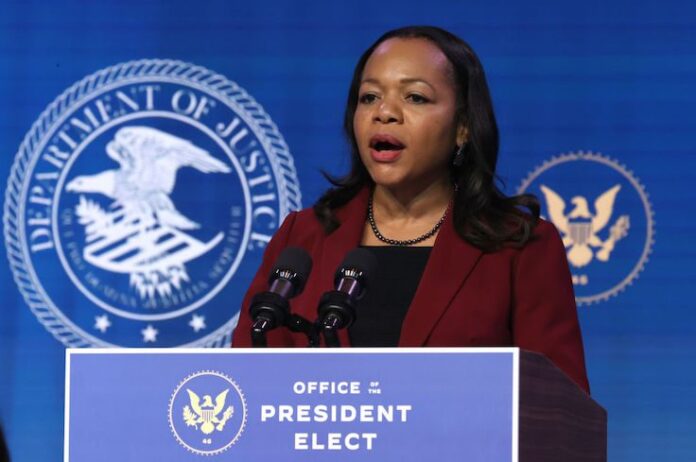 Free Beacon: The incoming Justice Department civil rights chief has a history of opposing civil rights prosecutions of black defendants, arguing against bringing a complaint against an African-American Democratic leader who discriminated against white voters.

As an NAACP lawyer, Kristen Clarke lambasted the Justice Department for bringing a complaint against an African-American party boss in Mississippi who worked to suppress white votes, according to a federal probe.

On a separate occasion, a federal oversight commission investigated claims that Clarke worked with allies at the Justice Department to quash the prosecution of the Black Panthers who menaced voters outside a Philadelphia precinct in 2008.