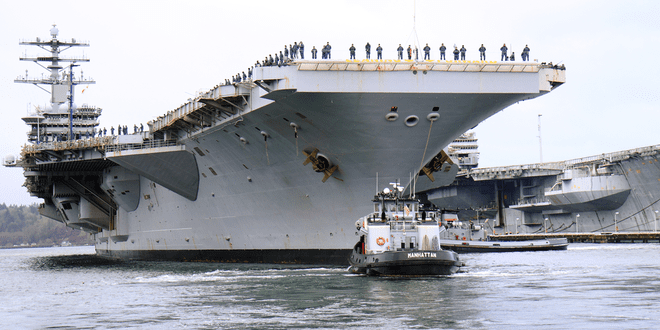 When you take the field against your enemies, and see horses and chariots—forces larger than yours—have no fear of them, for Hashem your God, who brought you from the land of Egypt, is with you. Deuteronomy 20:1 (The Israel BibleTM)

Israel 365: American aircraft carrier USS Nimitz, among the largest warships in the world boasts a reputation for signaling Washington’s power in the Middle East, has been ordered to return home, US Naval Institute News said citing US officials.

The decision was seen as a potential signal to Iran to calm tensions as the newly elected Biden administration makes efforts to open negotiations for a new nuclear agreement.

The aircraft carrier was deployed to the Persian Gulf by former president Trump in November amid rising tensions with Tehran. Read More