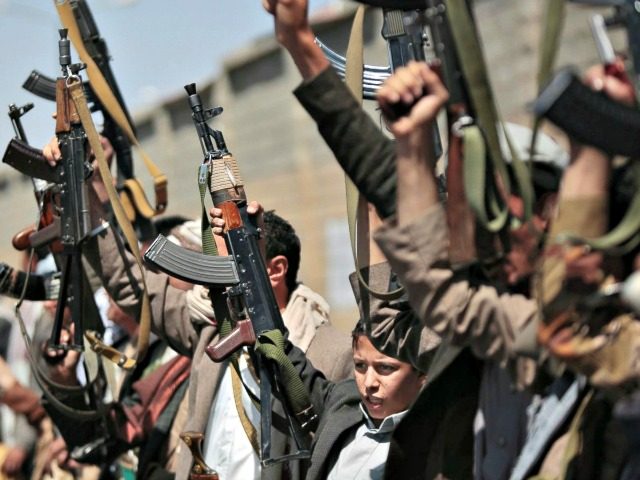 Breitbart: President Joe Biden is de-listing the Houthi rebels of Yemen as a terrorist organization, despite the fact that the group attacks civilians, considers the U.S. an enemy, and is armed and funded by Iran.

As Breitbart News has previously reported: “The Houthis are a jihadist organization whose slogan is ‘God Is Great, Death to America, Death to Israel, a Curse on the Jews, Victory to Islam.’”

The Biden administration announced the move on Friday, ostensibly to allow humanitarian aid to reach Yemen. It follows an announcement by National Security Advisor Jake Sullivan that the U.S. was ending its support for Saudi Arabia’s war in Yemen on behalf of the legitimate government.

The Houthis launched the war in 2014. Iran backs the rebels, partly because control of Yemen gives Iran a strategic position across the Bab el Mandeb Strait from U.S. forces that are stationed in Djibouti on the Red Sea. Both sides in the civil war have committed atrocities.

The move is Biden’s latest slap to U.S. allies in the region — and an apparent attempt to appease Iran, which the Biden administration hopes to entice back to the negotiating table.

Trump listed the Houthis as a terror group in his last weeks in office.  Read More