Home PT Global Economy The US has 48.5 days of domestic oil production in its Strategic...
Facebook
Twitter
Email

Assessment: A superpower dependent upon enemy nations for energy cannot defend itself for more than a few days, but that is the plan …

You can’t say we weren’t warned. One month ago, we learned that the Biden administration was in talks with NATO allies regarding the possibility of yet another release of American oil supplies from the Strategic Petroleum Reserve (SPR). Despite warnings from many industry analysts who immediately pointed out that such a move would deplete the SPR to dangerously low levels not seen in decades while having almost no direct impact on gas prices, it appears that Joe Biden is ready to do it again.

“When the righteous increase, the people rejoice, but when the wicked rule, the people groan.” Proverbs 29:2 ESV 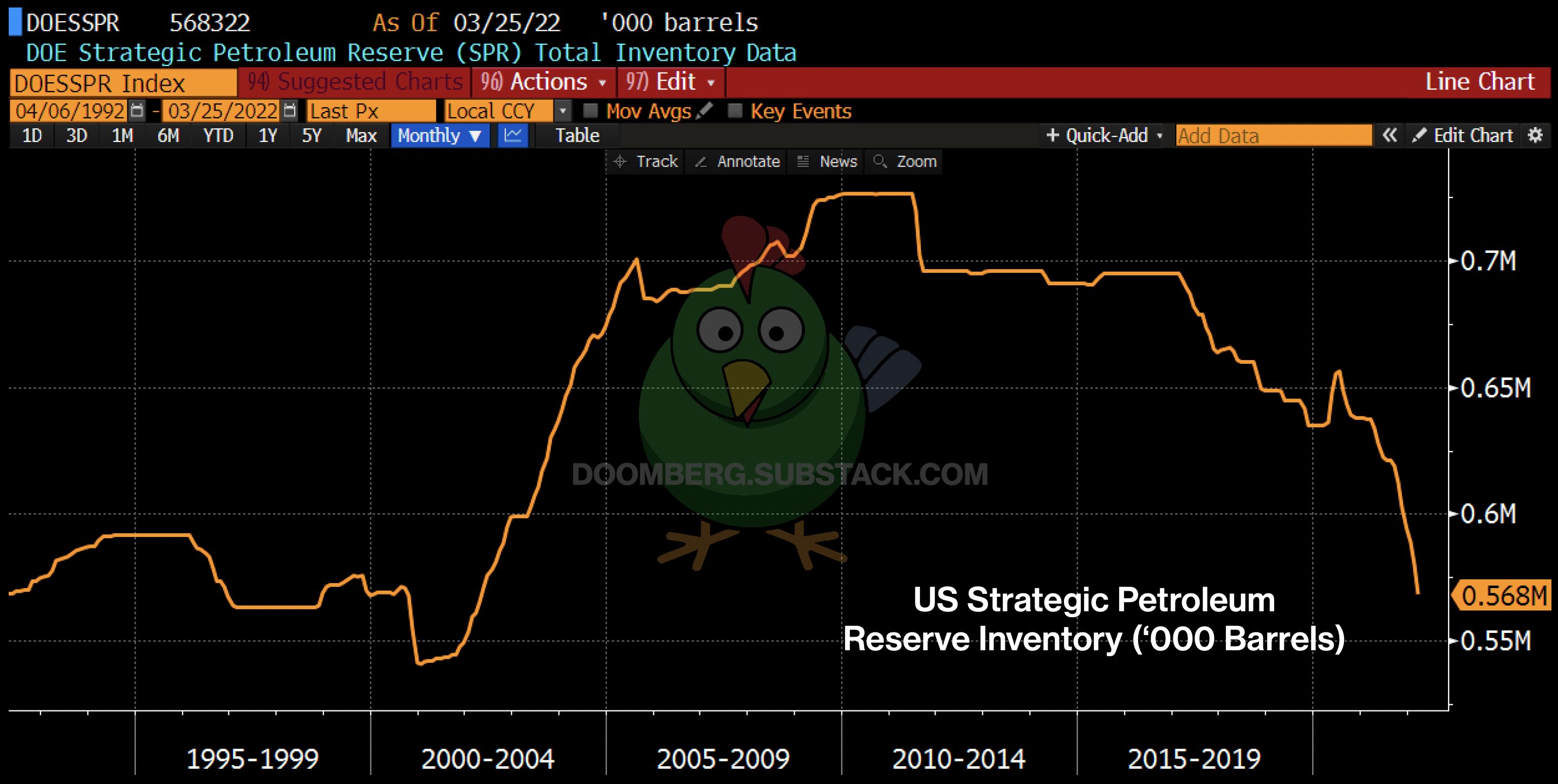 And if the estimates we’re hearing are anywhere close to accurate, this release could be more than three times larger than the one in November. (Does anyone recall gas prices suddenly dropping back to more “normal” levels in November? I don’t.) But be that as it may… here we go again. (CNBC)President Joe Biden is preparing to order the release of up to 1 million barrels of oil per day from the nation’s strategic petroleum reserve, according to two people familiar with the decision, in a bid to control energy prices that have spiked as the U.S. and allies have imposed steep sanctions on Russia over its invasion of Ukraine.