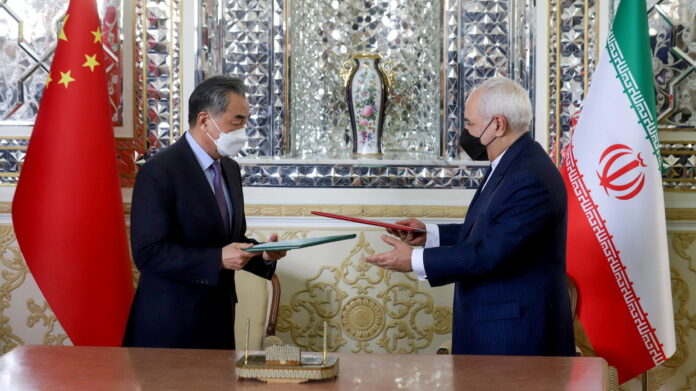 Jewish Press: A senior Iranian official said on Monday that his government would not stop its 20% uranium enrichment before all the US sanctions are lifted.

“You shall fall upon the mountains of Israel, you and all your troops and the peoples who are with you; I will give you to birds of prey of every sort and to the beasts of the field to be devoured.” Ezekiel 39:4

Speaking on state-run Iranian Press TV, the official said that the “20% uranium enrichment is in line with Paragraph 36 of the JCPOA (Joint Comprehensive Plan of Action – the 2015 nuclear agreement) and will be stopped only if the US lifts all the sanctions.” We’ll cover that point a few paragraphs down. Meanwhile, on Saturday, China signed a sweeping economic and security agreement with Iran, which includes investing $400 billion over 25 years in exchange for Iranian oil. Chinese foreign minister Wang Yi told President Hassan Rouhani that “China firmly supports Iran in safeguarding its state sovereignty and national dignity,” adding that the United States must immediately drop its sanctions on Iran and “remove its long arm of jurisdictional measures that have been aimed at China, among others.”

At this point, Iran has no incentive to return to the JCPOA unless the US surrenders every last sanction against its economy. Read More