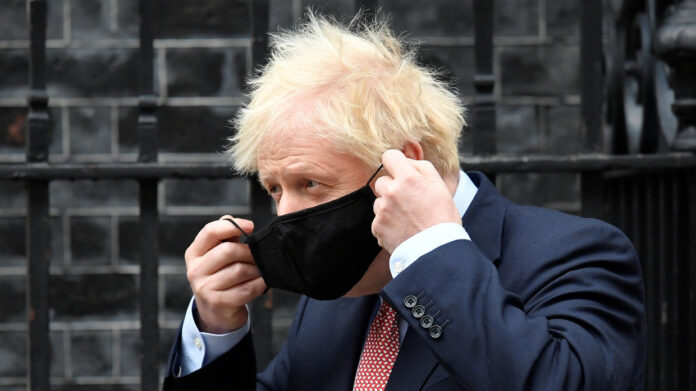 RT: The UK Prime Minister’s remote speech to his party conference saw him dismiss the idea of returning to normality. Is he using Covid-19 to follow the World Economic Forum’s ‘Great Reset’ agenda, as many have warned?

‘It’s not really about public health or a virus. They have another agenda.’ That’s what the so-called ‘conspiracy theorists’ have been saying since March, when the first British lockdowns were imposed and our lives were turned upside down.

Those ‘conspiracy theorists’ were denounced, as always, as ‘cranks’ and ‘flat-Earthers’ but here we are in October, and, let’s face it, there is absolutely no sign, despite very low numbers of deaths ‘with’ Coronavirus, that we are returning to anything like normal.

In fact, in his keynote speech yesterday, Prime Minister Boris Johnson specifically ruled out a return to normal, not even with a vaccine. Read More …

Opinion: Why return to normal when the infrastructure for global government with an authoritarian leader is almost ready?

The 1%, representing the kings of the earth, met in Davos Switzerland last January to introduce The Great-Reset. Narrated by Prince Charles, the agenda for global government was presented.

The Bible could not paint a clearer picture of the outcome.

Daniel is describing the Little Horn, previously introduced in Daniel 2:40-43; 7:19-20, 23-24. The wickedness on earth, and especially Israel, will reach a peak invoking the wrath of God. He will permit a king of fierce features to arise. A man who will understand dark schemes and possess Satanic power.

The power this man will possess is over the whole earth. He shall destroy fearfully is possibly a reference to this man controlling the firepower/nuclear arsenals of the West.