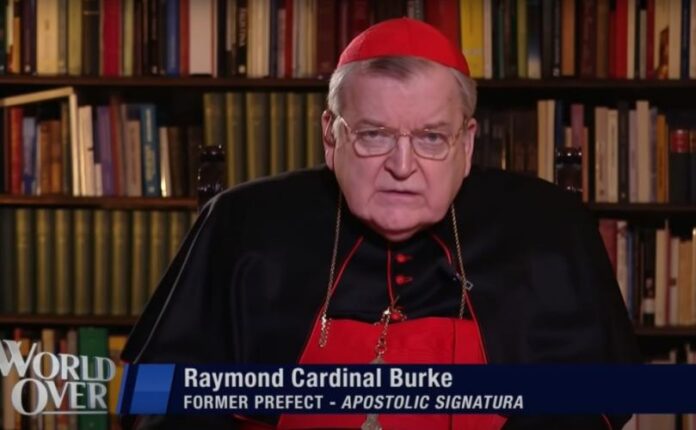 LifeSite News: Cardinal Raymond Burke said that defiance to the Vatican’s “no” to blessings for homosexual couples by various priests and bishops from different parts of the world — and even suggestions that the Pope did not approve of it — make it necessary for the Holy See to state clearly that Pope Francis approved the declaration and he stands by it.

“You shall not lie with a male as with a woman. It is an abomination.” Leviticus 18:22

“The blowback is simply an expression of a worldliness, a mundanity, which has entered into the Church by which the aggressive homosexual agenda is now dominating even in certain ecclesial circles and even among certain bishops,” the Cardinal, who is the former head of the Vatican’s highest court and one of the world’s foremost canon lawyers, told EWTN’s Raymond Arroyo last week.

Earlier this month, the Congregation for the Doctrine of the Faith issued a decree stating that the Catholic Church does not have the “power to give the blessing to unions of persons of the same sex.” Pope Francis “was informed and gave his assent to the publication” of the decree, according to the CDF document.

The Congregation stated that it is “not licit to impart a blessing on relationships, or partnerships, even stable, that involve sexual activity outside of marriage (i.e., outside the indissoluble union of a man and a woman open in itself to the transmission of life), as is the case of the unions between persons of the same sex.”

God “does not and cannot bless sin,” the decree stated. 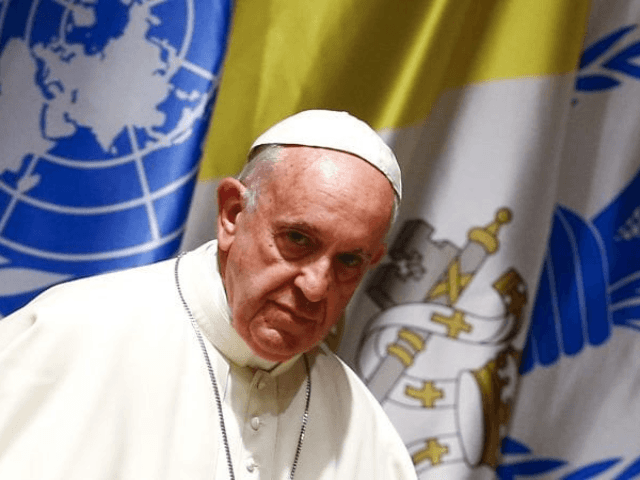 Vatican observers speculated that Pope Francis was distancing himself from the CDF decree. Read More