Zero Hedge: The CDC has been forced to “adjust” its Covid-19 case tracker for Florida after the state’s health department took to Twitter earlier this week to call out incorrect data.

As of Tuesday, the CDC “was working with the state’s health department” to get the data right, according to a report from Fox News.

“And Jesus answered and said to them: “Take heed that no one deceives you.” Matthew 24:4

Florida’s health department called out the incorrect CDC information publicly, stating earlier this week: “Wrong again. The number of cases @CDCgov released for Florida today is incorrect. They combined MULTIPLE days into one. We anticipate CDC will correct the record.” 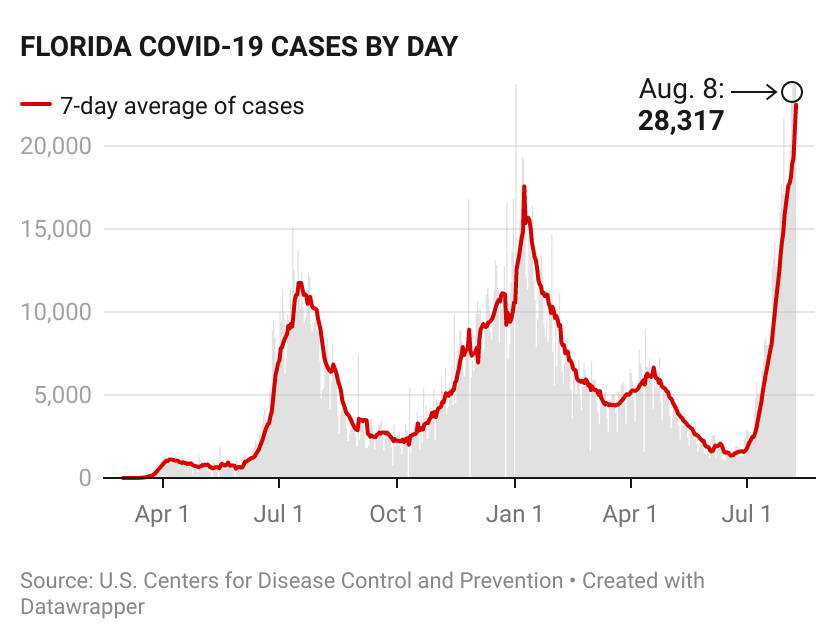 The CDC had reported 28,317 new Covid cases on Sunday, but had “adjusted” the number to 19,584 cases by Tuesday, the report says. Florida’s health department claimed that there were 15,319 cases on Sunday a number that is almost 50% lower than the CDC’s originally reported number.

“On Tuesday, the U.S. Centers for Disease Control and Prevention reported the state has surpassed 20,000 for its 7-day average of new cases, a day after the federal agency misreported numbers given by the Florida Department of Health by combining data from the last three days into two,” Fox reported on Wednesday, after first pointing out the data discrepancy earlier in the week.

New Disney Show: Indoctrinating Kids To Think That Men, Too, Can Get A Period

A 4th Like No Other: A Nation Divides Along a Red-Blue Axis