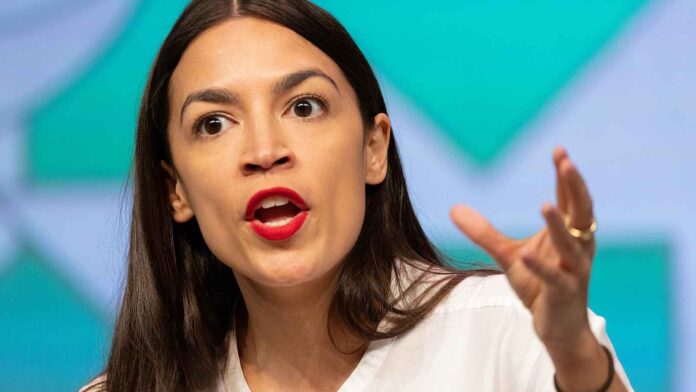 That’s according to Congresscritter Alexandria Ocasio-Cortez (D-Planet Wambino), at a congressional hearing last week in which she complained about everything from college debt to economic decline.

AOC sees a future when a unionized “civilian climate corps” will put people to work ” with “no age limit to participation” on “the externalities of climate change, in reforesting land, in carbon mitigation.”

Ocasio-Cortez went on (and on):

“We have a student loan crisis, a housing crisis, a climate crisis … how on earth can we possibly overcome this? I think one of the ways that we overcome it is by being one of the most unionized workforces and unionized generations in American history. By collecting our power as workers in the economy, we can take our futures back.” Read More

Opinion: Now where have we heard of civilian corps before? I know it sounds familiar. Oh wait …

Literally ‘Storm Unit,’ the SA (brownshirts) was once a group of specialized troops under Imperial Germany — until Hitler assembled them en masse to intimidate his political opponents. read more

And there was one more …

Obama Calls for Civilian Force as Large as the Military

“We cannot continue to rely on our military in order to achieve the national security objectives we’ve set. We’ve got to have a civilian national security force that’s just as powerful, just as strong, just as well-funded,” Obama said in July 2, 2008. read more