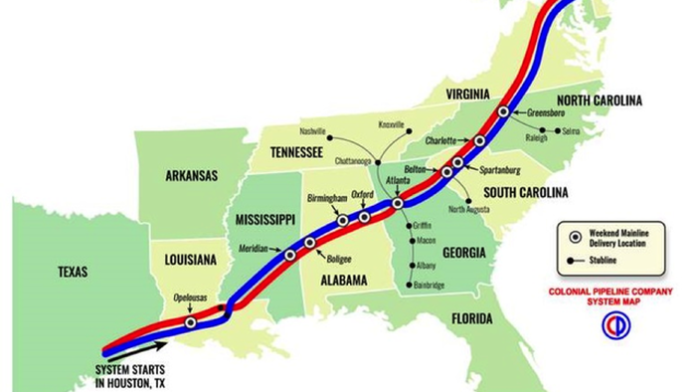 Zero Hedge:  In a stunning reversal to the official narrative in which the good guys lost and those evil “Russian” hackers ended up with nothing, Bloomberg reports that Colonial paid the DarkSide hackers approximately $5 million in cryptocurrency (which Bloomberg now calls “untraceable” when in its every other hit piece crypto is supposedly completely “traceable”) within hours of the attack last Friday, contradicting a WaPo report it had no plans to pay the ransom to unlock its paralyzed pipeline system.

“For the love of money is the root of all evil: which while some coveted after, they have erred from the faith, and pierced themselves through with many sorrows.” 1 Timothy 6:10

Or what a difference one day makes: here is WaPo reporting, citing its usual unnamed disinformation sources “familiar with the matter”: 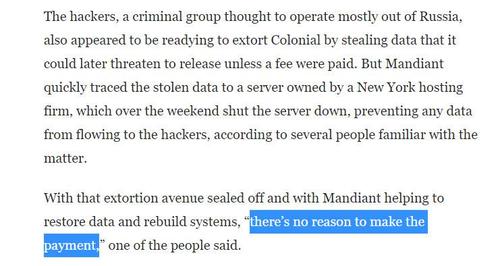