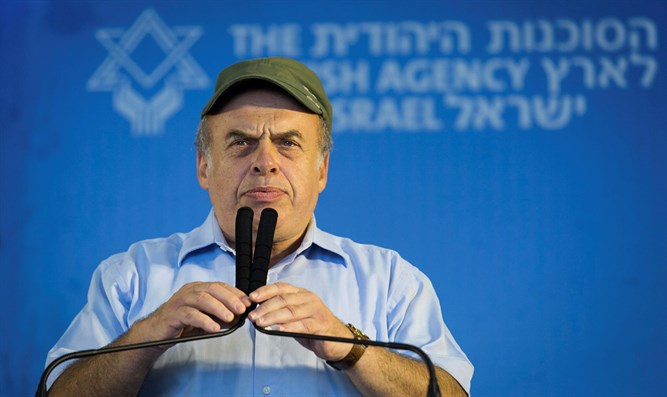 Arutz Sheva: Two of the keynote speakers were the US government’s Special Envoy for Monitoring and Combating Anti-Semitism, Elan Carr; and human rights activist Natan Sharansky.

“They are blaming the Jews, accusing us of trying to destroy the economy in order to make money. They also blame Israel for causing the virus. We know that accusing Jews of spreading plague is nothing new. We saw it in the Middle Ages, during the Black Plague that swept through Europe. Then, too, they accused Jews of causing the spread of disease. The difference between then and now is that today, we have a strong State of Israel, and we are determined to fight anti-Semitism and defeat it.”

In his speech, Sharansky focused on recent virulent anti-Semitic propaganda originating in Iran, Turkey, and various other countries around the world, where Jews are being blamed for spreading the coronavirus. In Iran, the state-controlled media is also contributing to the incitement, blaming “Zionists” for the epidemic and warning people not to use a coronavirus vaccine if it is developed by Israeli scientists. Read More …

Opinion: Remind me again what other plague have the Jews been blamed for?

As the plague swept across Europe in the mid-14th century, annihilating nearly half the population, people had little scientific understanding of the disease and were looking for an explanation. Jews were often taken as scapegoats and accusations spread that Jews had caused the disease by deliberately poisoning wells.

The Black Death is estimated to have killed 30% to 60% of Europe’s population. In total, the plague may have reduced the world population from an estimated 475 million to 350–375 million.

The Spanish flu began in an army hospital in Fort Riley, Kansas in March 1918. Within a week, the hospital was dealing with 500 cases and 48 deaths. The influenza strain then killed between 20 and 40 million people worldwide.

“Dr. Maurice Fishberg, a Russian-born physician and amateur anthropologist, collected data to refute allegations that Eastern European Jewish immigrants were inherently sicker than the general population. Instead, Fishberg and others argued that Eastern European Jewish immigrants often arrived in ill health because they had lived impoverished lives, with inadequate nutritious food, poor sewage, and contaminated drinking water. Their pre-departure environment was typically a frigid breeding ground for disease. And conditions after arrival were usually not much better . . . Not surprisingly, the Spanish influenza epidemic of 1918 aroused fears of anti-Semitism within the Jewish immigrant community.source

On May 6, 2009, the Hamas organ Felesteen published an article titled “Allah’s war against the plunderers… swine flu”. “This disease,” says the article, “called swine flu, has attracted worldwide concern. Its very mention causes panic, because it has started to affect dozens of people a day, [even] in the largest country in the modern world [ US ], in nearby countries, and in its Western allies. It is described as being potentially more devastating than an atom bomb. What is striking is that Zionists began spreading the disease in [Western countries]… Those plunderers [i.e., Zionists] have declared war on Allah”.

The author, Ka’inat Mahmoud Adwan, a Gaza Strip resident with an M.A. in Islamic Studies, while supposedly relying on the Quran goes into detail about the wars waged by the Jews against Allah: murdering prophets, collecting interest, rescinding all of Allah’s prohibitions (which include drinking wine and eating pork) as well as degrading morals. The author’s conclusion is that Islam and Islam alone is the solution to the world’s social problems. source

God’s people are the target on one Satanic attack after another. One day, possible very soon, it will lead to the prophecy of Jeremiah 30:7:

You see God has a plan for that.