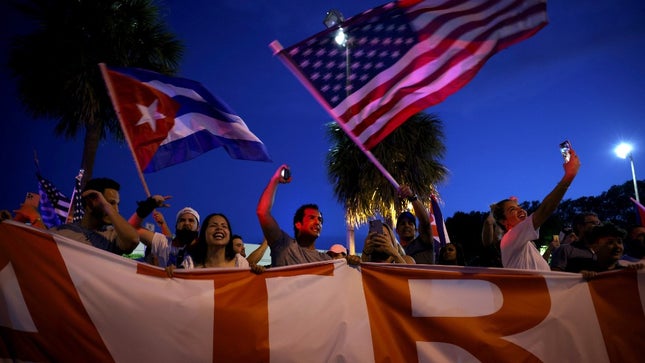 The Hill: Thousands of people joined together in Miami on Sunday to protest in solidarity with the Cubans who are speaking out against their government amid food shortages and high prices.

Thousands of Cubans protested in their country on Sunday against the government of Miguel Díaz Canel as the island experiences its most difficult economic crisis in decades and a new spike in COVID-19 infections.

The country is also grappling with the U.S. sanctions that were imposed by the Trump administration.

There are THOUSANDS of people outside @VersaillesMiami in Miami right now showing solidarity with Cuba. @MiamiHerald