Bloomberg: Deutsche Bank AG fell to a record low Thursday after reports that U.S. regulators added it to a group of troubled lenders they monitor.

The stock fell 7.2 percent to 9.16 euros in Frankfurt, the lowest close since Bloomberg began keeping records in 1992. The bank’s U.S. business was added to a group of troubled lenders monitored by the deposit insurance regulator, months after the Federal Reserve placed the lender on its own list of problem banks, a person familiar with the matter said Thursday. more …

Germany is by far the strongest economy in the EU, and has been called on time and again to bail out weak EU nations like Greece, Portugal and Italy.

If DB needs a bail-out, the only entity that can do it is the European Central Bank led by a former Goldman Sachs banker named Mario (the dragon) Draghi.

I do not want to yell fire in a movie theater but … FIRE! The European Union is the second largest economy in the world and if the biggest bank in the strongest nation in the EU fails, it will put a serious crack in the foundation of all 28 nations. 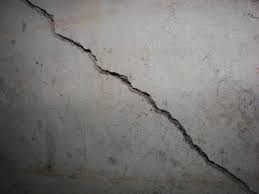 Daniel 2:40-43 prophesied 2500 years ago that the revived Roman Empire will be partly strong and partly fragile. Daniel 7:23-24 records the empire will be split into 10 divisions with 10 leaders, and an 11th leader will rise up who has all the answers to the world’s problems. He didn’t tell us what would cause that to happen.

‘Here I Am; Send Me’: Teens Stand Against Jew Haters