Home Bible prophecy Did Pope Tell Homosexual “God Made You This Way”? 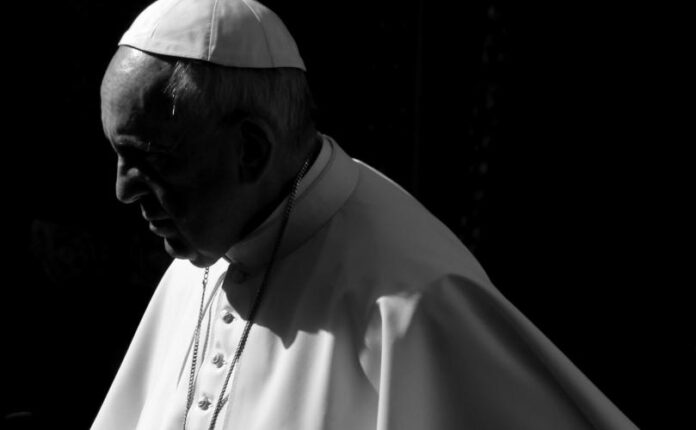 New American: A Chilean homosexual man who was a victim of clerical sexual abuse several years ago told the Spanish newspaper El País on May 20 that Pope Francis told him during a private meeting at his residence in the Vatican: “You have to be happy with who you are. God made you this way and loves you this way, and the pope loves you this way.”

The Vatican declined to comment on the pope’s private remarks, but if Cruz’s statement was accurate the words he attributed to the pope were immediately problematic for the world’s billion Catholics. They contradict the church’s official teaching about homosexuality as stated in the Catechism of the Catholic Church, which states, in part:

Basing itself on Sacred Scripture, which presents homosexual acts as acts of grave depravity, tradition has always declared that “homosexual acts are intrinsically disordered.” They are contrary to the natural law. They close the sexual act to the gift of life. They do not proceed from a genuine affective and sexual complementarity. Under no circumstances can they be approved. more …

Opinion:  On March 29, 2018 headlines exploded around the world that Francis, in a private conversation to a 95 year old atheist, said there is no hell, which was preceded by various explosive comments within the church.

The Catholic church teaching on the matter of homosexuality, however, is that persons who have ‘this grave disorder’ are called to chastity. Even within the church clergy, a gay lobby caused Pope Benedict to resign, strongly suggesting that chastity does not appear to be working.

Cardinal Reinhard Marx of Munich, a top adviser to the pope, opposes a uniform policy on the matter, but says individual pastors should make arrangements on a case-by-case basis. Priests in Germany already commonly bless same-sex unions, sometimes in a church and in the presence of the couple’s friends and family.

What if all this is nothing more than carefully staged trial balloons setting the stage for a major shift on homosexuality and marriage?

In his own reconstruction of Pope Francis telling a gay man that ‘God made him like that’, Cardinal Timothy Dolan (NY) said the conversation probably went something like this: “Well, God loves you and so do I.”

“What he says is beautiful,” Dolan said. “Jesus could have said that. That’s sort of conservative, traditional, Catholic, orthodox teaching. The Catechism insists on that,” he added.