Home End Times Does it bother anyone that US 7th graders are forced to declare...

JNS: Seventh-graders at a West Virginia public school were asked to write the Islamic declaration of faith in Arabic calligraphy in a social-studies class, drawing outrage from a Christian parent.

Parent Rich Penkoski contacted Principal Ron Branch at Mountain Ridge Middle School in Gerrardstown about the assignment, which was part of a world-religions unit, the Christian Post reported.

The assignment was included in a packet sent home with students of information about the history of Islam, the prophet Muhammad and the five pillars of the religion.

But Penkoski, the Christian Post said, was most upset with a worksheet that instructs students to practice calligraphy by copying by hand the Arabic form of the Shahada.
The Shahada is the Islamic profession of faith that declares Allah is the one true god and Muhammad is his messenger. more … 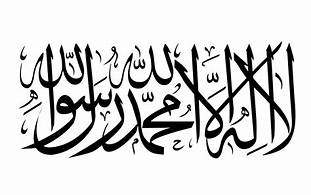 Opinion: “Shahada” is Arabic for “testimony” or “witness.” The Shahada is the first pillar of Islam and is the Islamic creed:

“There is no god but Allah, and Mohammad is the messenger [or prophet] of Allah.”

The Shahada is a declaration that all Muslims must make, and anyone who cannot make this declaration cannot be considered a true Muslim. This confession uttered before two Muslim witnesses is all that is required to become a Muslim. The Shahada is repeated at each of the five daily prayer times that Islam requires.

The first part of the Shahada confession affirms that Allah is one—thus, polytheism and the Christian doctrine of the Trinity are denied.

The second part of the confession affirms that the primary communication from Allah to mankind is through Muhammad—thus, Jesus and the Bible are relegated to a lower status. (source)

While school officials now say the calligraphy assignment was optional, it is curious that there was no similar assignment to write the 10 commandments in Hebrew or the Lord’s prayer in Greek.

From the article: “I saw the assignment of writing the Shahada in Arabic. Their excuse was calligraphy,” Penkoski told the Christian Post. “I was like, ‘Whoa! Whoa! Whoa!’ First of all, calligraphy was invented in China 3,000 years prior to Muhammad. The fact that they were trying to get my daughter to write that disturbed me.’

“I said, ‘That is not happening. My daughter is not doing that,’” he said. “My daughter told me that if she didn’t do the assignment then she was going to get a [detention] slip.”

That would not happen in my house either.