Tech entrepreneur Elon Musk has accused the Department of Justice and the media of engaging in a cover-up of Jeffery Epstein and Ghislaine Maxwell’s child trafficking operation.

On Saturday, Musk shared a tweet alongside a meme taking on the DOJ, media, and Maxwell alongside her deceased business partner and convicted pedophile Epstein.’

The meme in question said, “Things I’ll never see in my life,” with photos of a dinosaur, unicorn, dragon, and the text “Epstein/Maxwell client list.” 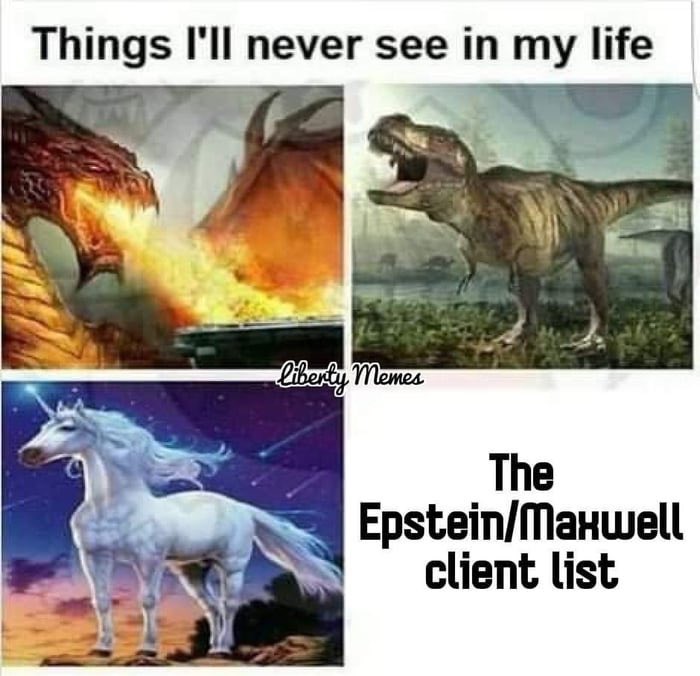 It’s in reference to the alleged list of wealthy and powerful clients who had raped children procured by Epstein and Maxwell.

“Only thing more remarkable than DOJ not leaking the list is that no one in the media cares,” Musk added.

During the trial, the public learned more about the ways in which Epstein and Maxwell would prey on the girls they abused.

One of Maxwell’s accusers, a woman testifying under the pseudonym “Jane,” testified that Epstein and Maxwell abused her together when she was just 14 years old.

The Left Is Pouncing on Highland Park ‘Person of Interest’