Assessment: “No one has been arrested more than a year and a half after UN authorities were made aware of the sexual abuse allegations …

Elon Musk questioned the UN over its child sex ring during a heated Twitter dispute over whether enormous sums of money can address world hunger.

“It would be better for him if a millstone were hung around his neck, and he were thrown into the sea, than that he should offend one of these little ones.” Luke 17:2

Much of the media attention has focused on Musk’s response to UN World Food Programme Director David Beasley, who said on CNN last week that if Musk donated 2 percent of his wealth, $6 billion, then he might save 42 million people who are “literally going to die if we don’t reach them.” 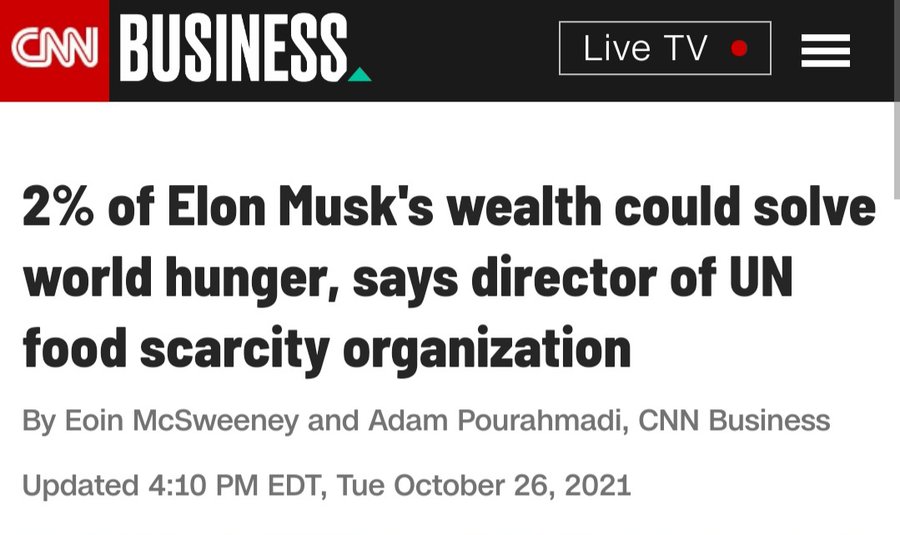 “If WFP can describe on this Twitter thread exactly how $6B will solve world hunger, I will sell Tesla stock right now and do it,” responded Musk Read More @ enVolve HERE

Cruz On Biden Delisting Marxist Terror Org: ‘It Is A Pattern Of Appeasement And Weakness Towards Terrorists’