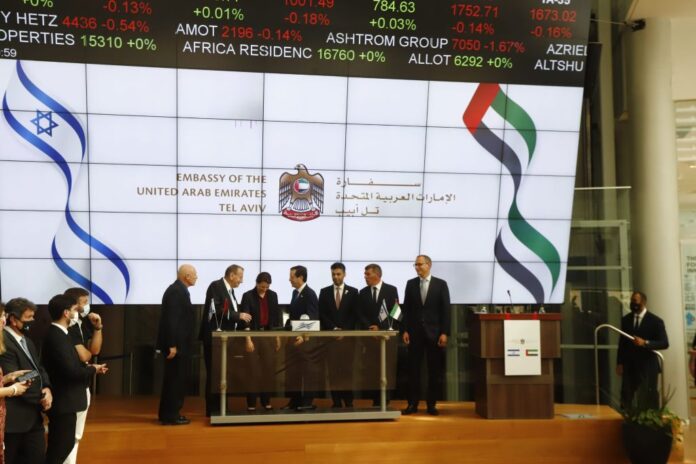 Jewish Press: In a historic first for the Gulf nations, the United Arab Emirates (UAE) opened its Embassy on Wednesday in the financial heart of Israel, the Tel Aviv Stock Exchange (TASE) building.

“Then he shall confirm a [a]covenant with many for one week; But in the middle of the week
He shall bring an end to sacrifice and offering.” Daniel 9:27

The UAE Ambassador to Israel, Mohamed Al Khaja, raised the flag of his country outside the building with recently-inaugurated Israeli President Isaac Herzog standing by his side.

“Since the normalization of ties . . . we have seen for the first time discussions on trade and investment opportunities,” said the UAE Ambassador. “We signed major agreements across various fields including economy, air travel, technology and culture.”

Israel’s president called the opening of the UAE Embassy “an important milestone in our journey towards the future, peace, prosperity and security” for the Middle East. Read More