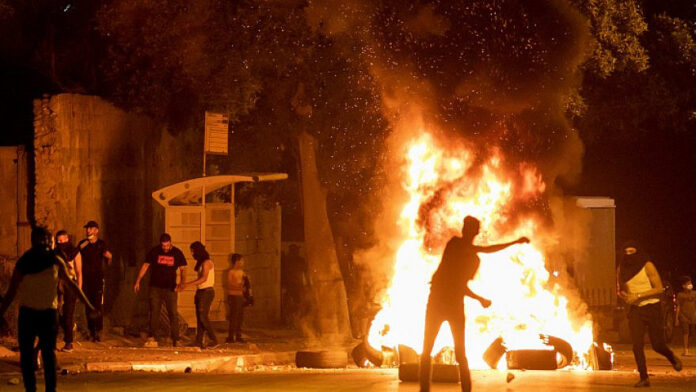 JNS: After one of the calmest extended periods in decades in the Middle East—and in Israel, in particular—the tide has suddenly turned, reverting to classic political mistakes that have all but erased the positive gains.

The last four years had been a relative period of quiet in Israel. Straightforward policies from the Trump administration were clear: Israel was a source of peace and the strong horse to bet on when it comes to regional stability. Palestinians, on the other hand, were continuing to incite their population to violence in public speeches, on television, in textbooks and on social media. Worse, the Palestinian Authority itself was continuing to pay monthly “pay for slay” stipends to terrorists sitting in Israeli jails and the families of so-called martyrs killed in the act of committing acts of terror against Israelis.

Opinion: How long did it take?

Lees that 4 months after Donald Trump left office Jerusalem is on fire, Iran is in the drivers seat on a new nuclear deal, Hamas, al Qaeda and ISIS are coming out of the woodwork, and the progressive press and big tech ‘masters of the universe’ are using the tired old ‘moral equivalence’ to blame Israel for using too much force.

It’s like Trump never happened and Obama/Biden are still in charge. So is this it? Is it time for the prophetic wars to commence?

Here is this morning’s headline from Arab News … The question is will Iran push an alliance of their Arab pawns to attack Israel as prophesied in Psalm 83:4?

“They have said, Come, and let us cut them off from being a nation; that the name of Israel may be no more in remembrance.” Psalm 83:4