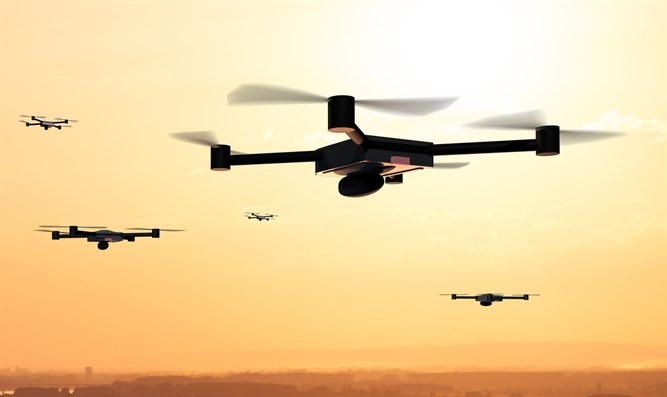 JPost: Only 22% of the IDF has any protection from drone attacks, State Comptroller Matanyahu Englman said in a report on Monday.

“ I will summon a sword against Gog on all my mountains, declares the Sovereign Lord. Every man’s sword will be against his brother.” Ezekiel 38:21

Covering the time period of October 2019 – June 2020, the report fleshes out in grim numbers and details how poorly defended Israel is from drone strikes, despite an earlier 2017 report sounding the alarm.

In fact, Englman said that as of July 2020, there were 30,000 drones operating in Israel which had undertaken 90,000 flights in the Tel Aviv region alone over the last year.

The vast majority of them are unregistered – and there is no widespread technological solution to follow them or enforce limits on them.

There is anti-drone technology, which has only developed in the last few years. But beyond possibly the IDF, Israel has been slower than the US and some other countries in taking advantage of some of its own native companies’ capabilities in this area.
The Israel Prisons Service (IPS) reported that it has had dozens of incidents of its facilities being penetrated or observed by drones.  Read More