Home Antichrist Insiders Blast Their Own Church For Preaching The Bible 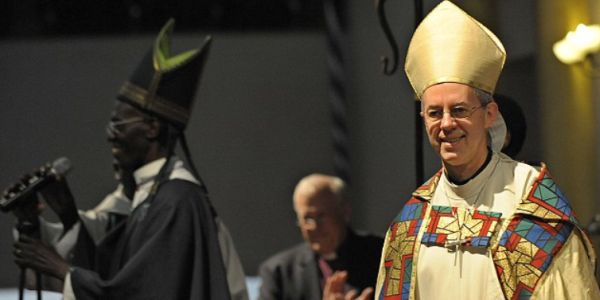 WND: At a Muslim mosque, one expects Islamic teachings. At a Buddhist temple, Buddha’s philosophies.

But in the Church of England, some leaders regard certain biblical teachings as “offensive.”

According to the London Telegraph, senior religious figures in the Church of England have told their bishops that the church is a “laughing stock” for affirming that sexual relations are only for marriage between a man and a woman.

Opinion: Hip Hip… In a time where denominations are falling like flies to the LGBT movement, the Church of England is holding on to Biblical marriage.

“It concluded that sex belongs only within heterosexual marriage, and that Christians who are in either gay or straight civil partnerships should conduct sexually abstinent friendships.”

The Church of England is considered the original church of the Anglican Communion, which represents over 85 million people in more than 165 countries. While the Church upholds many of the customs of Roman Catholicism, it also embraces fundamental ideas adopted during the Protestant Reformation.

In our division of the book of Revelation into three sections from Saturday:

We are leaving the Philadelphia church period that Jesus commended and promised to keep ‘out of’ the trial, and witnessing the formation of Laodicean period complete with allegorical and watered down reading of the Scriptures, acceptance of abortion, same sex marriage, and women pastors.

There are 4 of the 7 churches in Revelation 2-3 that are still in existence today and therefore it follows that there will be members from all 4 represented in the rapture.

That the Church of England holds fast to Biblical marriage but allows for women priests, is Amillennial, and opposes statutory limits on abortion (teaches that “it should be used only in extreme situations), shows the formation of the Laodicean church step by step.

After the rapture, the left behind of all four churches will embrace Antichrist:

“All who dwell on the earth will worship him, whose names have not been written in the Book of Life of the Lamb slain from the foundation of the world.” Revelation 13:8