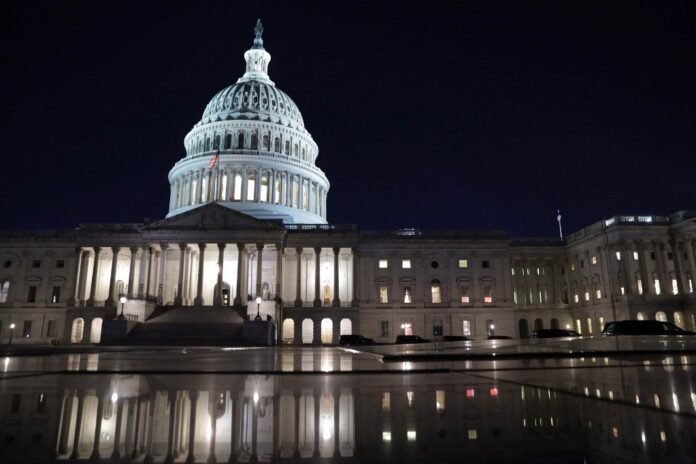 Zero Hedge: A Telegram channel affiliated with Iran-backed militia groups in Iraq posted in English claiming to have a resistance cell with the capacity to target American troops inside the United States, according to a report.

“You will advance against my people Israel like a cloud that covers the land. In days to come, Gog, I will bring you against my land, so that the nations may know me when I am proved holy through you before their eyes.” Ezekiel 38:16 NIV

“The axis of resistance today is stronger than before. Resistance cells are rooted even in America and its capital,” read the alleged social media post, according to the Middle East Media Research Institute, which posted a screenshot of the message. 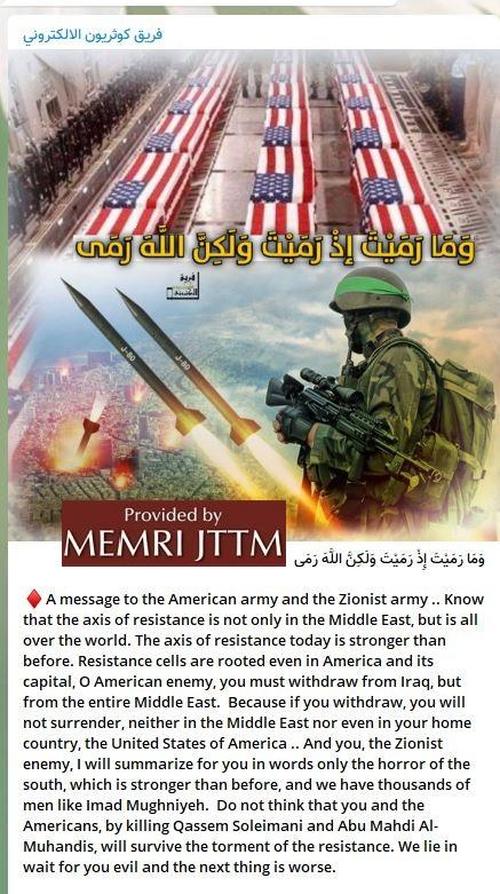 The post, which included a casket containing American soldiers, was made by the Kawtheryoon Electronic Team, a Telegram network that is said to be used by Iranian militia groups and supporters.

The Epoch Times has reached out to the Department of Defense regarding the post’s claims.

The Telegram channel post also claimed that terror factions associated with Iran are growing ever stronger and gaining more support, while it called on U.S. forces to withdraw from not only Iraq, but the Middle East entirely.