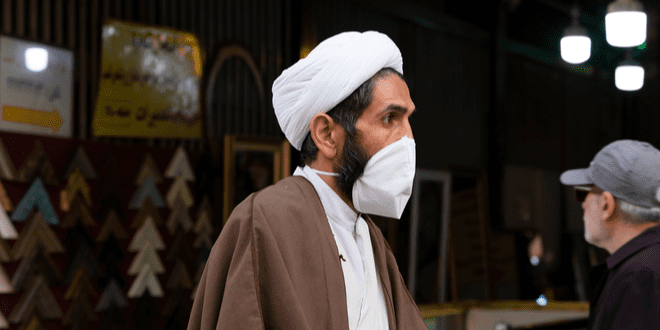 The hand of Hashem lay heavy upon the Ashdodites, and He wrought havoc among them: He struck Ashdod and its territory with hemorrhoids. I Samuel 5:6 (The Israel Bible™)

BIN: Ali Reza Banahyan (also spelled Alireza Panahian), a Hojatoleslam (Shia cleric) and head of Iranian Supreme Leader Ayatollah Ali Khamenei’s ‘think tank for universities’, was recently quoted in Shafaq News as saying that the coronavirus pandemic is a prelude to the emergence of the expected Mahdi (Muslim Messiah).

Banahyan called on the Iranian people to actively spread the virus, “because it will accelerate the emergence of al- Mahdi.” Read More …

Opinion: The Shia messiah is known as the “Twelfth Imam” or the “Mahdi”. Iranians believe he will appear soon to establish a global Islamic kingdom known as the caliphate. The Koran mimics the Bible with an Islamic figure who arrives on earth during a time of great turmoil.

The Shia clerics argue that Muhammad ‘al Mahdi’ was born thousands of years ago and disappeared to reappear later when apocalyptic chaos comes upon the earth.

It is eschatology, study of the last things, that Muslims understand and study – and Christians and Jews mostly ignore: It’s too depressing, or, I just don’t want to hear that stuff, or, only the fringe kooks believe that.

According to Lifeway Research, Christian denominations avoid even teaching the rapture, perhaps the best news since the Resurrection.

1 Corinthians 15:51-52 The final trumpet of the Church Age is sounded:

“Behold, I tell you a mystery: We shall not all sleep, but we shall all be changed in a moment, in the twinkling of an eye, at the last trumpet. For the trumpet will sound, and the dead will be raised incorruptible, and we shall be changed.”

1 Thessalonians 4:16-18 In like manner, the Church is called up to meet Christ in the air:

“For the Lord Himself will descend from heaven with a shout, with the voice of an archangel, and with the trumpet of God. And the dead in Christ will rise first. Then we who are alive and remain shall be caught up together with them in the clouds to meet the Lord in the air. And thus, we shall always be with the Lord. Therefore comfort one another with these words.”