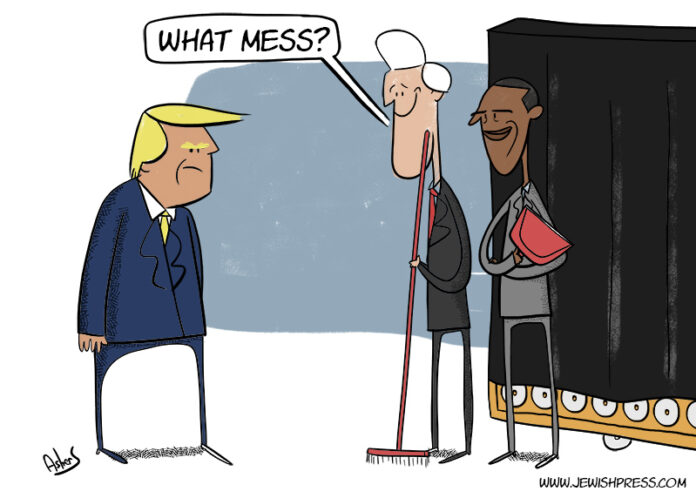 Jewish Press: Joe Biden’s people say that his move to return to Barack Obama’s JCPOA, the nuclear agreement with Iran, is the only reasonable path. After all, they argue that Donald Trump’s policy of “maximum pressure” failed, as evidenced by Iran’s signing a 25-year agreement to cooperate economically and strategically with China. They also note that Iran responded by ramping up their violations of the agreement.

Although Biden initially talked tough, saying that the US would not weaken sanctions until Iran returned to compliance with the original agreement by ending enrichment of uranium to 20%, reducing its stockpile of enriched material, and other items, American resolve seems to be slipping in the face of Iranian stubbornness.

The person he put in charge of the negotiations, Robert Malley, has said that he prefers to return more or less to the original deal first, and then try to negotiate a new, better one later. On the face of it, this is silly. If the US gives up leverage by removing sanctions, why would the Iranians want to renegotiate later, just to obtain a deal that is worse for them?

The original deal was simply a disaster.