Home anti-Semitism Is Peace Between Iran and Israel Inevitable?

JPost: The recent momentum toward peace in the Middle East has been breathtaking. Multiple US-brokered deals between Israel, UAE, Bahrain, Sudan and Morocco, known as the Abraham Accords, are creating a new reality in one of the world’s most combustible neighborhoods that, with US leadership, promises a more prosperous and secure future for Arabs and Jews alike.

An impetus behind this historic normalization of relations between the Jewish state and its Muslim neighbors is practical. They face a common threat from the Islamic Republic of Iran, which has been labeled by the State Department as the world’s leading state sponsor of terrorism for nearly four decades.

The regime in Tehran, however, does not represent the Iranian people. A glaring example of this chasm was on display after a US drone strike killed Iran’s top terrorist, Qasem Soleimani. Despite the mullahs’ efforts to turn this murderer into a martyr, Iranians ripped down the propaganda posters glorifying him. Read More …

Opinion: “For when they shall say, Peace and safety; then sudden destruction cometh upon them, as travail upon a woman with child; and they shall not escape.” 1 Thess. 5:3

Peace between Israel and Iran would be a wonderful thing but according to Bible prophecy, if/when it happens, it will be a short lived deception.

The scene is a major war prophesied in Ezekiel 38-39 that most religious Jews and Evangelical Christians agree will take place either just before the tribulation or very early in it. 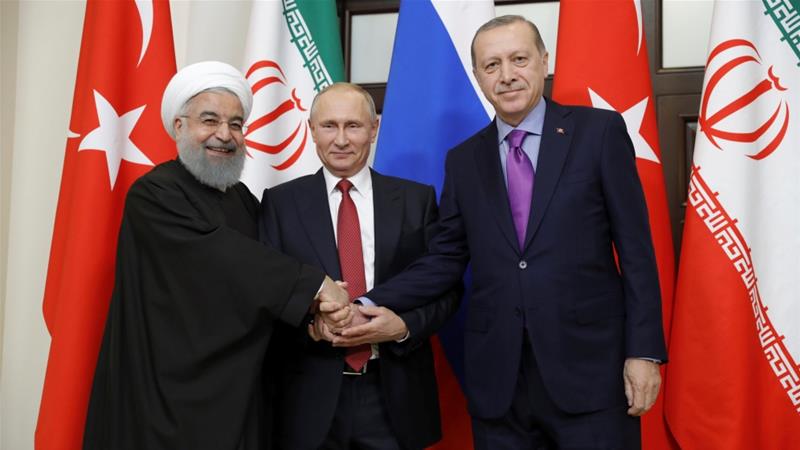 The Gog Magog invasion will be a massive attack led by Russia, Iran and Turkey and at least 4 North African nations, one of which (Sudan) is making peace overtures towards Israel as I write this.

And that is where it gets interesting. With the Abraham Accord having set peace between Israel and 5 Arab nations, all that is left is for Saudi Arabia and Iran to make peace before the whole world sings kumbaya. Israel could then take down its bars and gates fulfilling the prophecy.

So peace with Iran yes, but not yet…