Home PT Middle East Is the Phrase “State of Palestine” Catching On? 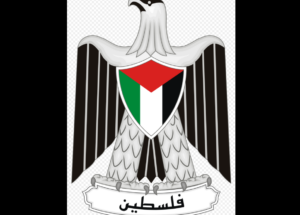 BESA: EXECUTIVE SUMMARY: In 2013, Mahmoud Abbas proclaimed that henceforth the Palestinian Authority would be called the “State of Palestine.” It is worth noting how successful he has been in popularizing the phrase, and among whom.

In January 2013, Mahmoud Abbas issued with great fanfare a presidential decree that the Palestinian Authority (PA) would henceforth appear on all official letterhead, in all ministries, and on all signs (for example, at schools) as the “State of Palestine.” The announcement came in the wake of a decision by the UN Assembly to upgrade the PA and the PLO to non-member observer status. The point was clear: Palestine is going to become a state whether Israel wants it or not.

This was not, of course, the first time Israel and the PA had been at loggerheads over the naming of Palestinian institutions following the signing of the Oslo Accords in the 1990s.

According to those agreements, the entity established was to be called the “Palestinian Authority.” All documents related to the Oslo process adhered strictly to that name. Yet no sooner had Yasser Arafat arrived in Gaza in July 1994 to head the PA than he renamed it the Palestinian National Authority, in accordance with the PLO’s 1974 pre-Oslo “phased strategy” that called on the PLO to establish a national authority in any area “liberated” through “armed struggle” (i.e., terrorism) until the “complete liberation of Palestine” (i.e., Israel’s destruction).

That is exactly why Israel insisted that the word “national” be omitted: to indicate that the establishment of the PA reflected a sharp break from an environment of violence and terrorism to one of peaceful negotiations. Read More