Zero Hedge: The Grey Wolves (Turkish: Bozkurtlar) is a Turkish ultranationalist organization with close links to to the Nationalist Movement Party (MHP) with which Erdogan has made an alliance ahead of the 2019 elections.

The characteristic hand sign used by Grey Wolves and MHP supporters represents a wolf head. In Turkish nationalist myth, the Turks originate from a wolf.

Next to Erdogan, a high-ranking official – maybe a minister? – had raised his hand in the Rabia sign, a gesture symbolizing the resistance of the Muslim Brotherhood to the Sisi regime in Egypt.

“When it is time to order the mobilization, I will join first and then all of you, because we believe in martyrdom,” he replied.

Opinion: The Grey Wolves are an organization with a violent past, including murders, assassinations, and involvement in massacres against non-Muslim minorities.

Recep Tayyip Erdogan is the total Muslim package. After amassing tremendous power with a phony coup in 2016, the sultan wannabe is distancing himself from NATO as he prepares Turkey for their role in the final wars of this age.

Declaring his readiness to fight personally in the Kurdish region of Afrin in Syria if the army announced a war effort, Turkey’s President Recep Tayyip Erdogan during a Saturday rally in the Mediterranean city of Mersin recited his favorite poem “One heart, one flag, one nation, one homeland.”

Erdogan openly criticized NATO for not standing up to terrorism while showing public support for Hamas, the terror wing of the Muslim Brotherhood and stealth support for ISIS. 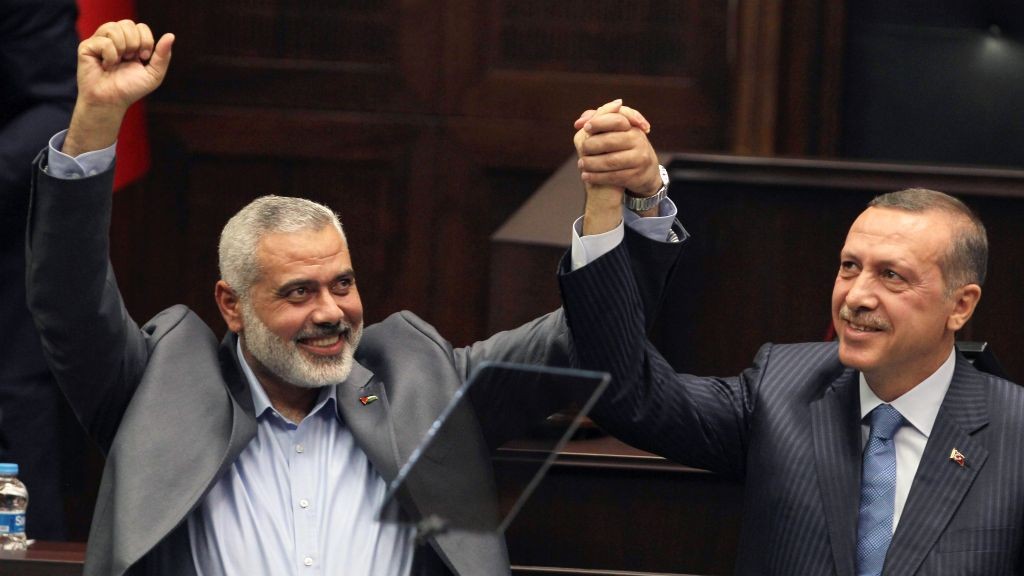 Ezekiel 38:1-6 uses 4 ancient names (Tubal, Gomer, Meshech, Togarmah) for Turkey in the prophesied war of Gog and Magog, when an alliance of 7 nations will try to seize plunder to eliminate the Jewish state.