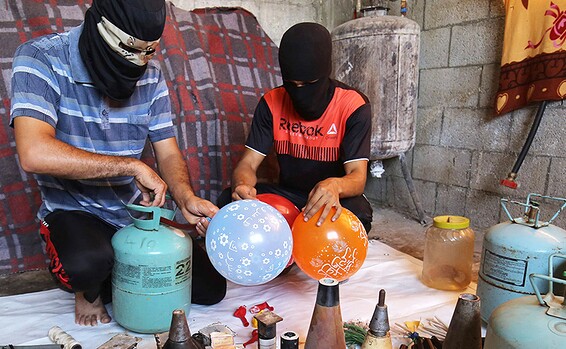 Algemeiner: Israel Defense Forces (IDF) targeted outposts of Palestinian terrorists in the Gaza Strip, after the country’s southern region was subjected to a barrage of incendiary balloons from the enclave for the third day in a row on Thursday.

“And Esau hated Jacob because of the blessing wherewith his father blessed him: and Esau said in his heart, The days of mourning for my father are at hand; then will I slay my brother Jacob.” Genesis 27:41

Authorities reported at least eight fires breaking out throughout the day near Israeli communities adjacent to the Gaza border.

The air strikes on the Palestinian enclave earlier this week were the first under Israel’s new government headed by Naftali Bennett, whose ideologically disparate coalition on Sunday ousted long-serving prime minister Benjamin Netanyahu. “Fighter jets attacked Hamas military complexes that served as camps and meeting places for terrorist operatives in the Khan Yunis and Gaza Brigades. Terrorist activity was clearly seen in the attacked compounds,” the IDF said in a statement. Read More

100,000 Muslims promise to give their lives for Al Aqsa