Home Bible prophecy Jesus is Crucified: O Death, Where is Thy Sting? 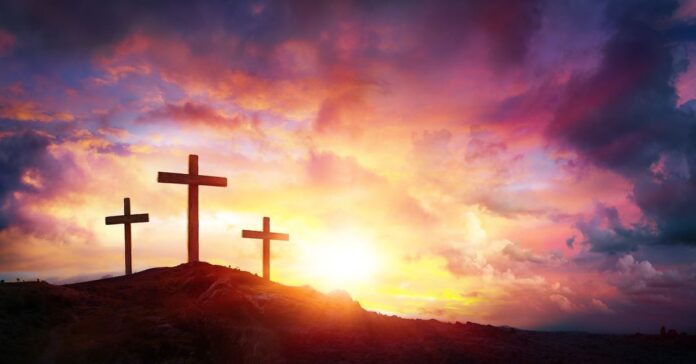 56 The sting of death is sin, and the strength of sin is the law. 57 But thanks be to God, who gives us the victory through our Lord Jesus Christ” 1 Corinthians 15:56-57

Last August, my wife/editor and I printed our first tract, on postcard weight paper, and have given it to people we know and strangers as well.

It’s also posted on our Home Page under Tracts. We call it Tract #1 and it has been viewed online 445 times. 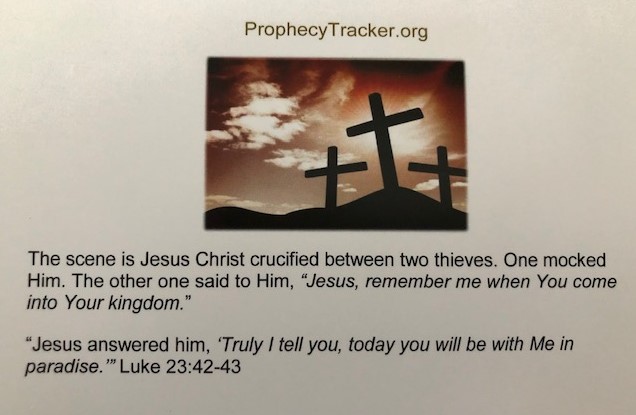 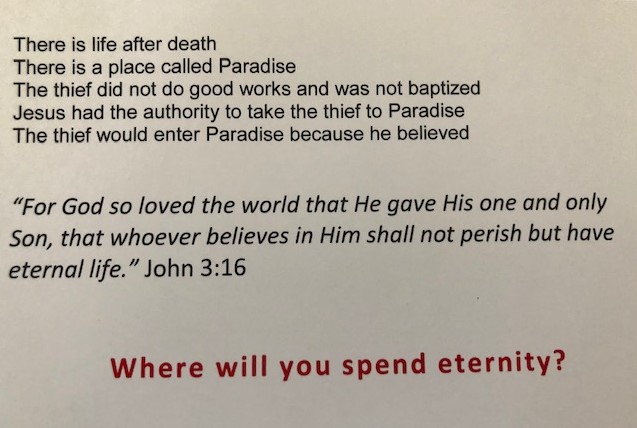 How many friends, family, and strangers need to know that even for those who avoided Jesus Christ their entire lives, salvation is available if they place their faith in the Savior? He paid our sin debt in full.

“But He was wounded for our transgressions,
He was bruised for our iniquities;
The chastisement for our peace was upon Him,
And by His stripes we are healed.” Isaiah 53:5

Since then, we created 4 more tracts, the last one was posted in January 2021 (below) 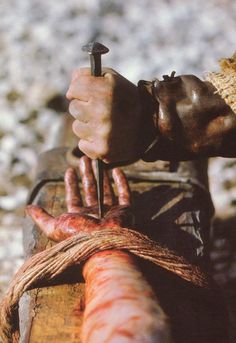 The scene is an ancient crucifixion of an innocent Man.

“For dogs have surrounded Me;
The congregation of the wicked has enclosed Me,
They pierced My hands and My feet”
Psalm 22:16

When I show Tract #5 to people, I ask them if they think the verse “They pierced my hands and my feet” came from the Old Testament or the New Testament?

Almost every time the answer comes back – the New Testament. At which time I flip the card over, and show them that the verse was written in the Old Testament 1000 years before Jesus was crucified, and 500 years before crucifixion was invented. I get some pretty startled looks.

“But He was wounded for our transgressions,
He was bruised for our iniquities;
The chastisement for our peace was upon Him,
And by His stripes we are healed.”
Isaiah 53:5

Where will you spend eternity?

“Surely the Lord God does nothing,
Unless He reveals His secret to His servants the prophets.”

That is the amazing thing about prophecy. Jesus’ death as payment for sin was not just something that happened. It was a decree, or an official order, issued by a legal authority. In this case, the decree was from Almighty God, the highest authority, and the event absolutely had to happen precisely as commanded.

Because of the crucifixion, and the resurrection three days later, eternal life is open to all who believe and repent of their sin.

“The time is fulfilled, and the kingdom of God is at hand. Repent, and believe in the gospel.” Mark 1:14

Read Psalm 22 in its entirety Here

(You can view all 5 of our tracts on the home page of the website and we will send one or all, as a free gift, to anyone who sends us their mailing information to www.prophecytracker.com)