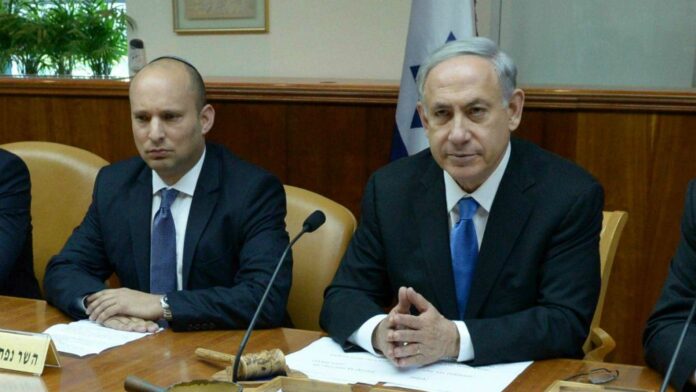 WM: That seems to be the case. By the end of last week Netanyahu and Likud more or less yielded their efforts on their efforts to try to pull away member of Knesset from the two right wing parties. As of Friday morning he’s basically signed all the coalition agreements that have to be laid out for everyone to see.

JD: Winkie, with that in mind then we’re looking at Prime Minister Netanyahu as the opposition leader. That positions him with a great opportunity to be able to bring this government down and do it really soon. Can you explain how this government could fall and very quickly?

WM: Well the easiest way of course to bring up issues on which the two right wing parties could join up with center left, extreme left, and an Arab party will bring up these issues that they committed themselves to the voters. The more you do that the more you embarrass them. These issues would be in the area of Jewish residency in Judea and Samara or would be religious issues.

So such issues would be kept in the headlines in high profile. Hopefully what the means is is that the government will begin to argue among themselves and perhaps it will break up. The only thing working against that is that its a rotation agreement Jimmy. So Naftali Bennett gets to be Prime Minister for about a year and a half or so or a little bit longer. Lapid we all know desperately wants to be Prime Minster. So he might quiet everybody until he is Prime Minister. He doesn’t care then for how long he is Prime Minister but he will get that distinguished and honored position for his ego. It might not be too short of coalition but definitely after 18 months are up and rotation goes through the tension will be great.

JD: Winkie Medad discussing the new Israeli government and how long before that government will fall and then Israel will have to go to new elections.

We report this information because

it is setting the stage for Bible prophecy to be fulfilled.

God’s plan for directing this world in His will is human government. Israel now has a new government in place but for how long will that government be operating. Only time will tell but God’s plan will work out, that’s Revelation 17:17.