Home Antichrist Jimmy DeYoung and Winkie Medad: “Israel at War” has made a big... 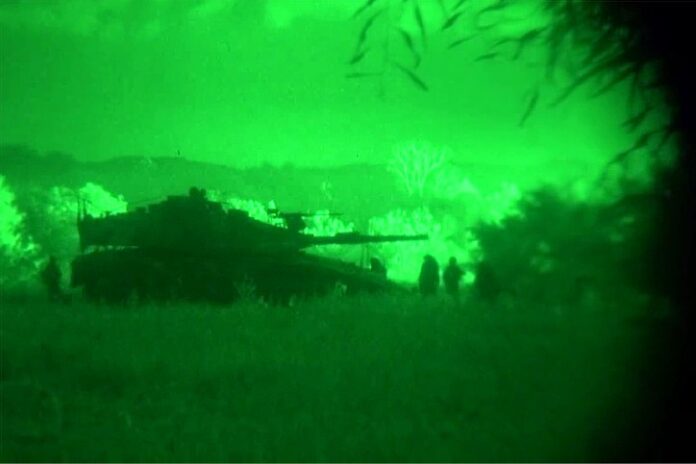 JD: We’re watching the news here in the West in America, it seems pretty intense. Is it as bad as they’re reporting it? What’s the situation as of right now Winkie?

WM: Well I would say anything is bad when you have a terrorist organization like Hamas feeling free and able to shoot off at this point, Jimmy, I’m sure we’re at about 1,500 rockets so far. About 99 percent of them have been fired into civilian residential sections or schools indiscriminately, I must say. Israel is portrayed in the media as some sort of giant that must not use disproportionate force against Hamas who hide their rocket launchers in civilian areas and use apartment buildings as their strategic headquarters, and intelligence services, etc.

JD: I introduced our conversation by saying this is a special edition of Prophecy Today, Israel at war. Now that may be a bit of over statement but, is that pretty close to actual fact Winkie?

WM: Very close. First of all at the moment I know Israel has thousands of troops gathering at the border with military equipment I must say including tanks and armored vehicles. I cannot say with that is I’m not going to say bluffing but is sort of indicating to Hamas that we’re serious. I don’t know if a land operation is in the works. Hopefully we’ll be able to deplete Hamas from its current armed stores sooner than later. But what is more difficult Jimmy is you and our listeners are probably also seeing that there is internal confrontations here in the cities that have a significant Arab population as well. Where Arabs have been attacking Jews, Jews have been attacking Arabs. In fact its so much getting out of hand that the latest news on Thursday was that Naftali Bennett have suspended negotiations with Yair Lapid and he’s opening up coalition negotiations with Benjamin Netanyahu which completely reverses our internal political situation. Things are getting very complicated Jimmy.

JD: Winkie Medad with the latest on Israel at war and how the war is changing the Israeli political arena.

On a day to day basis, the war is changing the landscape for Israel both politically and prophetically. Malachi chapter 1 where the ancient Jewish prophet Malachi made a statement about the Palestinians who said they would return and they would rebuild. God responded to that statement by saying he would call their borders the borders of wickedness.