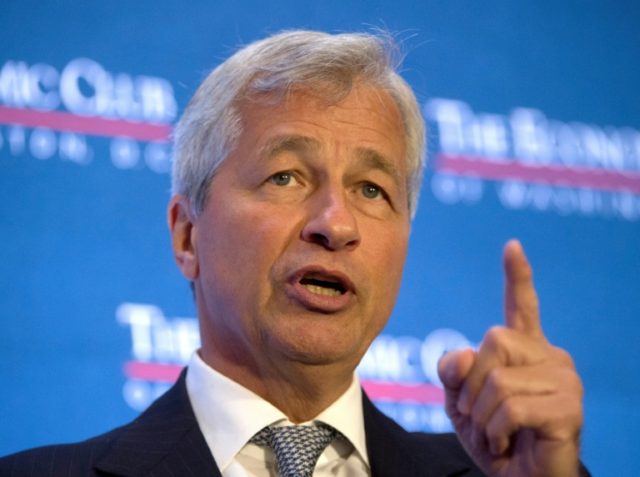 As his bank tries to offload big blocks of Manhattan real estate, JPMorgan CEO Jamie Dimon proclaimed in his latest annual letter to shareholders, published Wednesday morning, that the economic expansion in the US could run through 2023, which would justify lofty equity valuations which recently pushed the S&P 500 north of 4K.

And the CEO who once called for the US to raise taxes on the rich and adopt more explicitly socialist policies to expand access to higher education, housing and child care, praised the federal government’s response to the economic crisis caused by the COVID pandemic. Consumers who are now flush with savings will help drive an economic boom, Dimon wrote in his 34K-word missive.

BREAKING: In Jamie Dimon's annual shareholder letter he is very optimistic in the U.S. economy
"This boom could easily run into 2023 because all the spending could extend well into 2023." pic.twitter.com/1Qt2TDWa8C

Excerpt: “China’s leaders believe America is in decline… The Chinese see an America that is losing ground in technology, infrastructure and education – a nation torn and crippled . . . and a country unable to coordinate government policies (fiscal, monetary, industrial, regulatory) in any coherent way to accomplish national goals.”

“Unfortunately,” Dimon writes, “there is a lot of truth to this.” Read More