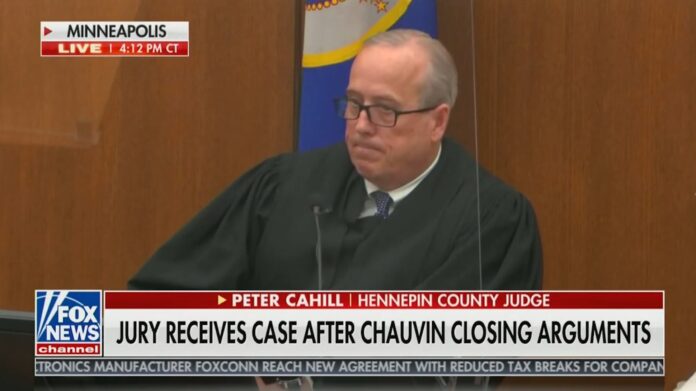 Daily Wire: Judge Peter Cahill, who is presiding over the case involving the death of George Floyd, said on Monday that remarks made by Rep. Maxine Waters (D-CA) over the weekend could lead to the “whole trial being overturned” on appeal.

“And it is so pervasive that it is I just don’t know how this jury it can really be said to be that they are free from the taint of this,” the lawyer representing Derek Chauvin said. “And now that we have U.S. representatives, threatening acts of violence in relation to the specific case, it’s mind boggling to me, judge.”

“Well, I’ll give you that Congresswoman Waters may have given you something on appeal that may result in this whole trail being overturned,” Cahill responded. Read More