Jews News: “Before the Balfour Promise, when the Ottoman rule [1517-1917] ended, Palestine’s political borders as we know them today did not exist, and there was nothing called a Palestinian people with a political identity as we know today”, historian Abd Al-Ghani admitted on official PA TV on November 1.

“Since Palestine’s lines of administrative division stretched from east to west and included Jordan and southern Lebanon, and like all peoples of the region [the Palestinians] were liberated from the Turkish rule and immediately moved to colonial rule, without forming a Palestinian people’s political identity.”

In 1917, says this Arab historian on official PA TV, there was no such thing as a Palestinian people. This statement amounts to saying that the whole narrative of an ‘indigenous Palestinian people’ was made up at a later point in time.

There is a reason, why the “Palestinian National Museum” is empty of historical artifacts. more …

Opinion: It is hard to believe that supposedly serious heads of state act like they believe the lie. They are not uneducated or stupid, but they actually supported monsters like Yasser Arafat, a sociopath homosexual pedophile and Mahmoud Abbas his deputy who together caused the deaths of ten’s of thousands of both Jews and Arabs in their quest to control the covenant land.

Bill Clinton saw Arafat as the key to a legacy 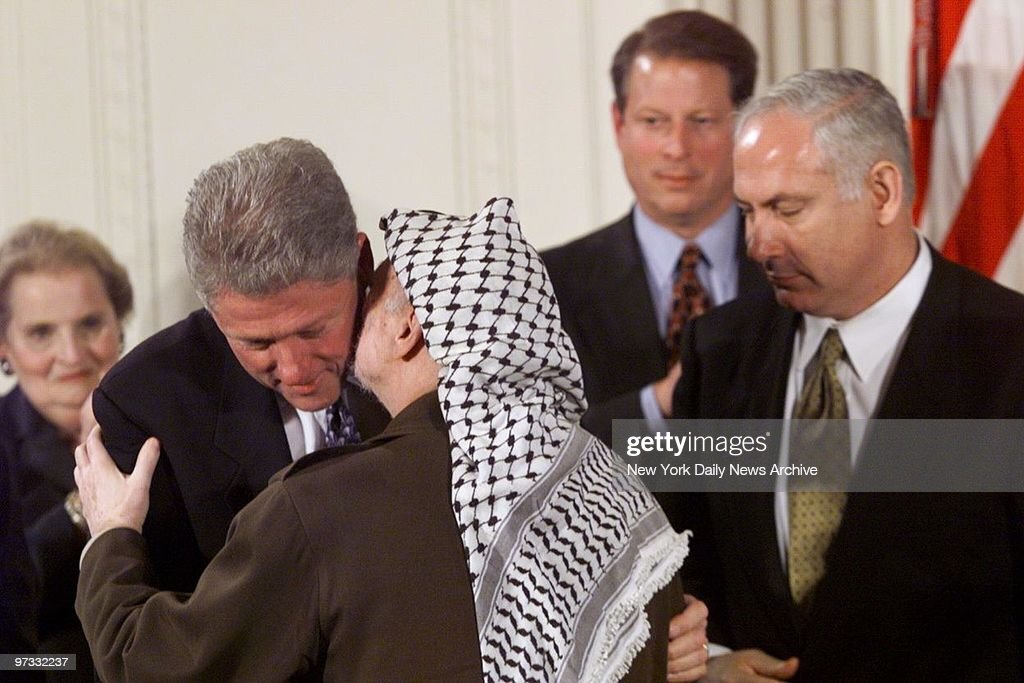 But had nothing but disdain for Benjamin Netanyahu

But not so much for Donald Trump

But no one has had the courage to call a Palestinian by their actual heritage: Egyptian, Jordanian, or Syrian, but that is what they are. They had/have no claim to the Covenant land and instead of accepting an undeserved state beside Israel in 1947 they turned it down and chose war instead.

From “Philistine” by Ramon Bennett: Arab Children are first indoctrinated in the home, and for those fortunate enough to receive an education, the school system and text books ensure children will graduate in the subject. Hatred, especially towards Israel and the Jews is nurtured and developed in the minds of Arab children and occupies a great deal of space in Arab text books. A former Syrian minister of education wrote: “The hatred which we indoctrinate into the minds of our children from their birth is sacred.”

They, the Arabs, have started numerous wars since 1948 but have lost each time, even placing rocket launchers near Arab schools and hospitals in order to get women and children killed and gain international sympathy. And it worked!

I think the world is finally getting tired of the nonsense, and Abbas and his henchmen know it. Unfortunately for them, according to Bible prophecy, at some point they will start a larger war, but they will not just lose …

(Thanks  to Centurion for Ramon Bennett book recommendation)

Olive Tree Ministries Newsletter: As We See The Day Approaching