Home anti-Semitism “Mystery Explosions” Inside Iran: Is The Next Big Middle East War Is... 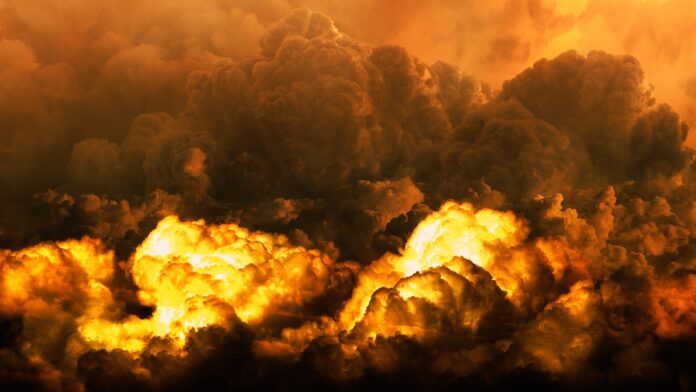 End of the American Dream: Over the past several weeks, a series of “mystery explosions” has happened at very strategically sensitive locations inside Iran, and it has become obvious that what we are witnessing is not just a bunch of random accidents.

For years, the Israeli government has pledged that the Iranians will never be allowed to develop nuclear weapons, and several of the sites where the mystery explosions have taken place have direct connections to Iran’s nuclear program.

For example, there was a very large explosion at Iran’s Natanz uranium enrichment facility on July 2nd, and it is being reported that some officials believe that this explosion was caused by a “powerful bomb”.  The following comes from the Jerusalem Post. Read More …

Opinion: Asia Times has asked: are we witnessing the “the son of Stuxnet?”

Five recent explosions in Iran may have been caused by computer viruses similar to the Stuxnet virus that disabled Iranian centrifuges in 2010.

Two of the blasts took place at power plants, one at a missile research, development and production site, one at a new uranium enrichment centrifuge center, and the last (if it can be considered part of the attacks) in downtown Tehran at a medical facility that could have been a cover for nuclear operations such as a hidden command center

The Stuxnet virus hit Iran’s computers in 2010. The malicious computer worm reportedly destroyed numerous centrifuges in Iran’s Natanz uranium enrichment facility by causing them to burn themselves out.

In 2018 The Times of Israel reported:

“Iranian infrastructure and strategic networks have come under attack in the last few days by a computer virus similar to Stuxnet but “more violent, more advanced and more sophisticated,” and Israeli officials are refusing to discuss what role, if any, they may have had in the operation, an Israeli TV report said Wednesday.”

Talk of war between Israel and Iran has dominated Middle East reports over annexation talk and Iran’s nuclear program at the nuclear breakout stage.

How coincidental that the 5 explosions in Iran in the past days targeted Iran’s Natanz nuclear centrifuges.

If we are on the Bible’s timeline for a large regional war, look for Iran to be the financier using proxies Hamas and Hezbollah as the principal attackers, as prophesied in Psalm 83.

The tents of Edom – (Edom is Esau Gen 36:1) represented by the Palestinians of the West Bank.

Amalek – Eternal enemy of the Israelites (Ex. 17:16) Arabs of the Sinai