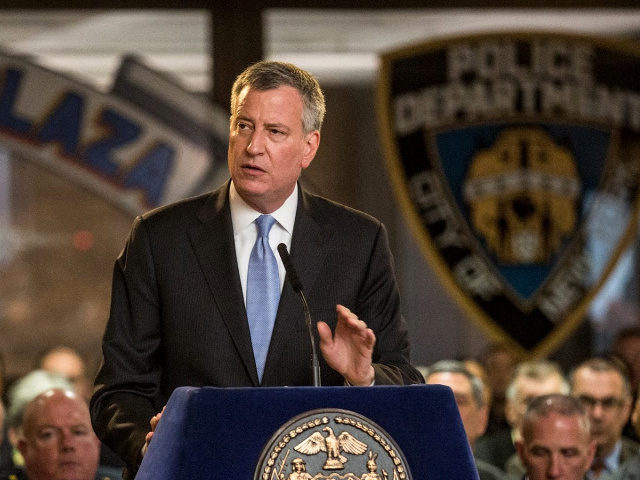 De Blasio took to Twitter with his threat of a “zero tolerance” approach against violations of the city’s social distancing directives, ostensibly as responsive measures to the coronavirus outbreak.

“Something absolutely unacceptable happened in Williamsburg tonite: a large funeral gathering in the middle of this pandemic. When I heard, I went there myself to ensure the crowd was dispersed. And what I saw WILL NOT be tolerated so long as we are fighting the Coronavirus,” wrote de Blasio. Read More …

The New York Metro area blew off social distancing Tuesday, with hundreds packed shoulder-to-shoulder to catch a glimpse of the Blue Angels and Thunderbirds as they roared overhead in a tribute to coronavirus frontline workers.

Photos from throughout the region show large crowds jammed together in waterfront parks and venues in New York and New Jersey, looking skyward for a glance at the famous jets.

There was little local officials could do to stop them.

So what is it about the Jewish people’s gathering that made New York’s mayor so angry, especially now that his city has seen anti-Semitic incidents explode?

In 2019, New York City experienced a record number of anti-Semitic hate crimes, the highest it had seen since 1992. Similar trends are seen nationwide, with the Anti-Defamation League reporting that the United States saw the greatest number of anti-Semitic acts in 2017 since it began tracking such acts three decades ago. Given that 1.8 million Jews live in New York, the largest Jewish population of any state, many of those attacks have occurred here.

And the same is happening in Europe:

There is a prophecy that must be fulfilled that has been in progress for years. At the conclusion of the war of Gog and Magog, the diaspora will end and God will bring His chosen people back to the land.

“Then shall they know that I am the Lord their God, which caused them to be led into captivity among the heathen: but I have gathered them unto their own land, and have left none of them any more there.” Ezekiel 39:28