Home PT Middle East One Bedouin Tribe Remains Red, the Rest of Israel Is Over the...

Jewish Press: According to the Health Ministry, since the Passover weekend, there have been no red municipalities in Israel, apart from the settlement area of Mas’udein el-Azazme, a Bedouin tribe in the Negev. Other than that, there are six orange municipalities, and the rest of the country is either green or yellow. 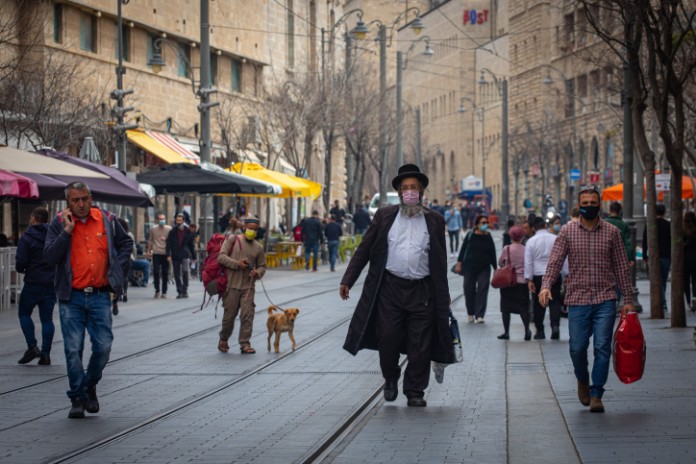 One year after the Haredi sector was leading Israel with its Corona numbers and the Haredi city of Bnei Brak entered its first local lockdown, on Monday, according to the Health Ministry, there was only one new Haredi Corona patient in the country. Also, the percentage of positive tests in the Haredi sector is 0.8%, while in the general public it is 1.5%. Also, while the overall infection rate in Israel dropped to 0.55, in the Haredi sector it stands at 0.44.

All the Haredi cities remain green, and the Bnei Brak is the greenest city in Israel. The numbers show that in Bnei Brak there is one patient per 10,000 residents. The same is true in the cities of Beitar Illit and Elad. In Modi’in Illit, Emanuel and Rechasim, there are two patients per 10,000 residents, and in Kiryat Ya’arim there are 11.

For the first time in four months, the number of active patients in

Israel is less than 10,000. In the past week, an average of 629 new daily patients were discovered, about half of the daily average the week before. Read More